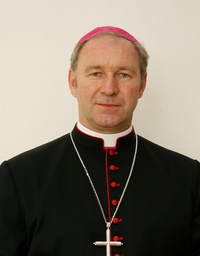 A 52-year-old member of the Redemptorist order, Bezák had served as archbishop of Trnava, considered the cradle of Catholicism in Slovakia, since 2009.

Though a number of bishops have resigned under various forms of pressure, today’s announcement marks the fourth time in just the last year that Pope Benedict XVI has formally removed a prelate from office.

Those other cases are:

Though the Vatican generally does not offer any official explanations, the basis for removal with both Makaya and Micciché was widely believed to be alleged mismanagement in their dioceses, including accusations of corruption and financial impropriety.

Morris, on the other hand, was charged with doctrinal deviations, including support for women priests.

Likewise, today’s terse one-sentence statement on the removal of Bezák did not offer any basis for the move. It’s been clear for some time, however, that Rome had its eye on the Trnava archbishop.

In January, the Vatican named Czech Bishop Jan Baxant, of the Litoměřice diocese, as its apostolic visitor in Trnava. That review triggered rumors of a possible change in leadership, since Baxant apparently asked other bishops in Slovakia how they would react if Bezák were removed.

July 2, 2012
Muller and deacons: "Only a man can represent this relation of Christ with the Church"
Next Post

July 2, 2012 On Alec Baldwin's wedding and his daughter's "illegitimate" status
Browse Our Archives
get the latest from
Catholic
Sign up for our newsletter
POPULAR AT PATHEOS Catholic
1