Though more priests are using iPads, Vatican writer insists only books are proper for Mass 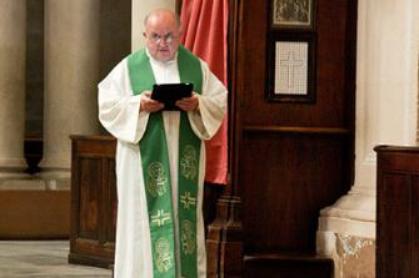 According to TheJournal.ie, priests are using the devices to do everything from reading the gospels to downloading blessing and even updating their Twitter accounts.

“There’s an application for the breviary, for example” the book which contains the prayers for saying mass. “In the past you had to lugg the three distinct volumes of it around with you. Now I can store them all in one place.”

He adds that he is still “trying to figure out” his recently purchased iPad.

“I had it 5 weeks before everyone else” says Fr Rushe in Dundalk, Co Louth, who got a couple honeymooning in New York to buy him an iPad on their way home to Ireland.

“Normally I would put everything, the opening remarks, readings for the day and notices for the church bulletin, in a black folder. With the iPad everything is done in one place.”

He also points to the iMissal app, which contains all the liturgical material that priests need for saying mass.

But it’s not just the gadget enthusiasts who are adopting iPads.

While there are no official figures on how many priests are using iPads in church, Fr Sean McDonagh, a spokesperson for the Association of Catholic Priests, told TheJournal.ie that a large number of younger ones are using it.

“There’s a growing number who would be more clued in than old fogies like me. But why wouldn’t they when they can get the prayers, canon all there in front of them.”

Not everyone, however, is thrilled.  From the Vatican: 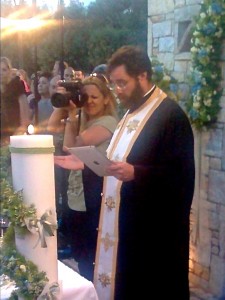 In a recent blog post, Father Antonio Spadaro, known as the Vatican’s “cyber theologian,” said that devices such as iPads, smart phones and tablets should not be used instead of missalettes at Mass.

It is “unimaginable that an iPad or a laptop would be carried in procession, or that a monitor would be incensed and kissed during the liturgy,” Fr. Spadaro said.

The liturgy, he explained, is “the bastion of resistance” against the separation of the written word from the ink on the page. “The page remains the ‘body’ of a text,” he underscored.

A member of the Pontifical Council for Communications, Fr. Spadaro wrote in his blog about the decision of the Bishops’ Conference of New Zealand to deny the request by several priests for permission to allow mobile devices to be used at Mass.

He noted that while apps such as iBreviary are making it easier to pray the Liturgy of the Hours or follow the liturgical readings of the day, “The pages of the Gospel remain an integral part of the ritual action of the Christian community.”

He noted that the Council of Trent embraced the technological advances of the day, including the printing press, “and allowed for the creation of useful editions for the creation of a truly global liturgy, that is, uniform in all dioceses and parishes.”

A study carried out by the Pontifical University of the Holy Cross and the University of Lugano in 2010, with the support of the Congregation for the Clergy, showed that 17.5 percent of the world’s priests used the internet at least once per day to pray the liturgy of the hours, while up to 36 percent did so at least once a week.

August 10, 2012
From LCWR: talks with Vatican will continue, group will not "compromise its mission"
Next Post

August 10, 2012 Worth a thousand words, Olympics edition
Browse Our Archives
Related posts from The Deacon's Bench

Quantum Cobra Rings: Quick TV Reviews
Here are my thoughts about some of the new shows appearing in...
view all Catholic blogs
Copyright 2008-2021, Patheos. All rights reserved.
Close Ad