Archbishop Myers: Catholics who dissent from teaching on marriage should not receive communion — UPDATED

He made the assertion as part of a major pastoral letter released yesterday.

From The Record newspaper: 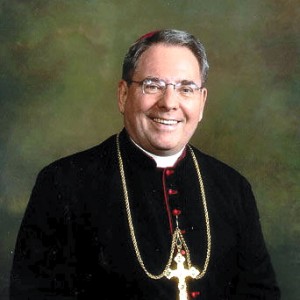 In a sweeping pastoral statement to be made public today, the leader of more than 1 million North Jersey Catholics urges them to vote “in defense of marriage and life,” and warns that the passage of same-sex marriage laws might lead to a government crackdown on their religious freedoms.

Newark Archbishop John J. Myers said the statement on gay marriage was not timed to coincide with the November election, now little more than a month away, and that he was not calling on Catholics to vote for a particular candidate. But he said they should examine the “full spectrum” of each candidate, including how they stand on abortion and “a proper backing of marriage.”

He also said in the statement, a copy of which was provided to The Record before its release, that Catholics who disagree with the teachings of the Roman Catholic Church on marriage should “refrain from receiving Holy Communion.” He said he issued the statement because of what he described as a lack of clarity on the subject by other bishops.

“It’s not 100 percent for either party,” Myers said in an interview Monday at the Cathedral Basilica of the Sacred Heart in Newark. “The basic point is that we must defend what we believe to be the truth. That includes voting, speaking out, contacting officials.”

The statement is being issued amid a politically charged atmosphere at a time when some other Catholic leaders have been criticized for talking politics from the pulpit. President Obama declared his support for same-sex marriage in May. His Republican challenger, Mitt Romney, opposes it.

Myers said he had been thinking about issuing a statement on the subject for about a year. He acknowledged that portions would be considered controversial and said he expected a “heated discussion” about the statement, which will be published online today. Parishioners in churches across the archdiocese, which covers Bergen, Hudson, Essex and Union counties, will be handed letters at church this weekend telling them about the statement and directing them to where it can be read.

The letter, in its entirety, can be read here (pdf).

Myers has issued, in effect, a pastoral admonishment to observe Canon 916 of the Code of Canon Law. Canon 916 directs would-be recipients of holy Communion who are not in interior communion with the Church to refrain from receiving holy Communion. Indeed, not only is Myers not invoking penal canon law here, he is not even invoking Canon 915, a sacramental disciplinary norm that—among other differences between it and Canon 916—applies to ministers, not recipients. Basically, Myers is reminding Catholics that responsibility for worthy participation in the holy Communion begins with individual Catholics. Hopefully, people will read Myers’ letter with the same degree of care with which he wrote it and will recognize the spiritual seriousness of dissenting from Church teaching on the nature of marriage, leading them in turn to avoid actions that would make them ineligible for holy Communion.

September 26, 2012 Sainthood cause for John Paul I moves forward
Browse Our Archives
Related posts from The Deacon's Bench