Can the German bishops do this? — UPDATED 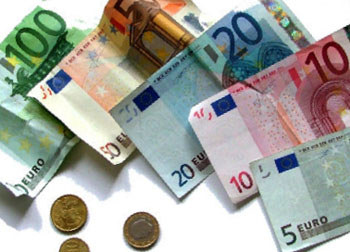 The news out of Germany last week left a lot of people surprised — even shocked.  Now the blogger Fr. John Boyle takes a closer look at what Canon law has to say on the subject:

It would seem to me that the burden of proof is with the ecclesiastical authorities to verify that one who has removed his/her name from the religious tax register has in fact notoriously abandoned the faith or formally defected from the Church or is by some other means in manifest grave sin.

I await with interest the comments of Dr. Edward Peters who is obviously studying the matter closely. The reported position of the German bishops is that

“This decree makes clear that one cannot partly leave the Church.It is not possible to separate the spiritual community of the Church from the institutional Church.”This is obviously a fair point, but I think a lot rests on the motives for the removal of one’s name from the tax register. I think it would be difficult to uphold the requirement of being on a tax register for being considered a member of the “institutional Church”. But I’m sure the bishops have good Canon Lawyers involved in this and that the Vatican has guided them. We shall have to wait and see. I find it perplexing and would agree with one commentator that it sends the wrong signal.

You’ll want to read it all, and the citations of Canon law that he uses.

Meantime, Catholic News Service tells the German bishops’ side of the story:

“There must be consequences for people who distance themselves from the church by a public act,” said Archbishop Robert Zollitsch of Freiburg, conference president, in defending the Sept. 20 decree.

“Clearly, someone withdrawing from the church can no longer take advantage of the system like someone who remains a member,” he said at a Sept. 24 news conference as the bishops began a four-day meeting in Fulda. “We are grateful Rome has given completely clear approval to our stance.”

The archbishop said each departure was “painful for the church,” adding that bishops feared many Catholics were unaware of the consequences and would be “open to other solutions.”

“The Catholic church is committed to seeking out every lost person,” said Archbishop Zollitsch, whose remarks were reported by Germany’s Die Welt daily.

“At issue, however, is the credibility of the church’s sacramental nature. One cannot be half a member or only partly a member. Either one belongs and commits, or one renounces this,” Archbishop Zollitsch said.

UPDATE: Jimmy Akin is taking a long look at the German kerfuffle, and asks the question, “Are the German bishops just greedy?” You’ll want to read his conclusion.  Check it out.

Also, on Wednesday German courts sided with the Catholic Church:

Germany’s top administrative court agreed with Roman Catholic bishops on Wednesday that German believers who refuse to pay a special church tax could be shut out of Catholic worship.

The verdict, based on German corporate law, upheld the system by which the state collects religious taxes from registered Catholics, Protestants and Jews with their monthly returns and distributes them to the religious communities.

12 Amazing March for Life 2020 Signs &...
Thousands and thousands marched on Washington today to protect the right to...
view all Catholic blogs
Copyright 2008-2017, Patheos. All rights reserved.