This, from the Daily Caller:

A new poll by a Catholic advocacy group shows President Barack Obama has a slight lead over Gov. Mitt Romney among non-Hispanic Catholics, despite the stalled economy and his 2012 establishment of church regulations requiring them to fund contraception and abortion-related services that they abhor. 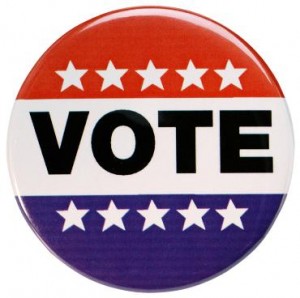 The poll was commissioned by The Catholic Association, and it showed Obama getting 49 percent of Catholics overall, including those of Hispanic descent. Only 41 percent support Romney, while 10 percent are undecided.

Fifty-seven percent of respondents agreed with the statement that “[t]he Obama Administration has gone too far in placing restrictions on religious freedom when implementing their programs and policies.”

That’s a reference to Obama’s controversial 2012 policy that forces all denominations to provide their employees with free contraception and some abortion-related services via insurance companies.

Administration officials has suggested they will exempt churches that pass a multi-part government test. Religious leaders from many denominations have promised to oppose the president’s edict in court and at the ballot box.

The poll’s numbers will be disappointing for Romney, and should push him to step up his outreach to Catholics in crucial swing states including Ohio, Iowa, Virginia and Pennsylvania, said Catholic advocates.

But the poll showed that most Catholics are philosophically closer to the GOP than to progressives, said Maureen Ferguson, a senior policy advisor at The Catholic Association.

In battleground states, “Catholics continue to account for a higher percentage of the electorate than their overall percentage of the population. … Catholics are the key swing vote,” said Matt Smith, president of Catholic Advocate.

His group is trying to boost Catholic turnout in the 2012 election, and help elect Romney.

Also, Catholics who regularly attend Mass are also more likely to vote, he said, creating a slight advantage for Romney.

September 12, 2012 Want to be ordained? There's an app for that
Browse Our Archives
Follow Us!