Sign of the times: a new monthly magazine devoted to exorcism 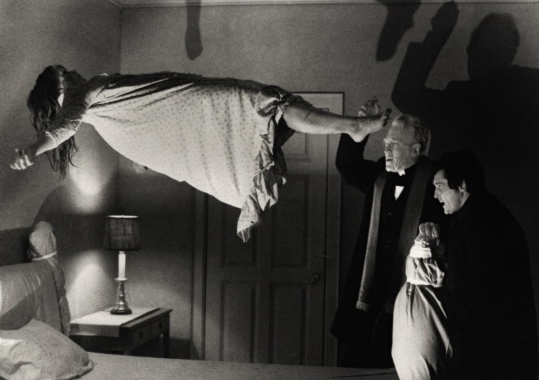 Who says publishing is a dying industry?

With exorcism booming in Poland, Roman Catholic priests have joined forces with a publisher to launch what they claim is the world’s first monthly magazine focused exclusively on chasing out the devil.

“The rise in the number or exorcists from four to more than 120 over the course of 15 years in Poland is telling,” Father Aleksander Posacki, a professor of philosophy, theology and leading demonologist and exorcist told reporters in Warsaw at the Monday launch of the Egzorcysta monthly.

Ironically, he attributed the rise in demonic possessions in what remains one of Europe’s most devoutly Catholic nations partly to the switch from atheist communism to free market capitalism in 1989.

“It’s indirectly due to changes in the system: capitalism creates more opportunities to do business in the area of occultism. Fortune telling has even been categorised as employment for taxation,” Posacki told AFP.

“If people can make money out of it, naturally it grows and its spiritual harm grows too,” he said, hastening to add authentic exorcism is absolutely free of charge.

Posacki, who also serves on an international panel of expert Roman Catholic exorcists, highlighted what he termed the “helplessness of various schools of psychology and psychiatry” when confronted with extreme behaviours that conventional therapies fail to cure.

“Possession comes as a result of committing evil. Stealing, killing and other sins,” he told reporters, adding that evil spirits are chased out using a guide of ritual prayers approved by Polish-born pope John Paul II in 1999.

September 11, 2012 Best love letter. To Michigan. Ever.
Browse Our Archives
Follow Us!

A Solitary Figure in St. Peter's Square
Thick darkness has gathered over our squares, our streets and our cities;...
view all Catholic blogs
Copyright 2008-2020, Patheos. All rights reserved.