When Jonathan Morris went to a Kanye West ‘Sunday Service’

“I believe these Sunday services will serve to bring young people to an encounter with God.”

The one-time Catholic priest and current commentator for Fox News hit the road and described what it was like to attend the singer’s “Sunday Service Experience.”

While I won’t be exchanging my Catholic faith for West’s experiment, I left Los Angeles with these takeaways:

— Based on the many interviews I did with congregants, before and after the event, I believe these Sunday services will serve to bring young people to an encounter with God.

— These Sunday Services by West will not be a long term substitute for ancient liturgy and other ecclesial traditions, but they may serve as a providential spiritual catalyst for the more than 25 percent of Americans who say they are unaffiliated with any religion.

— Kanye deserves immense credit for being fearless in the face of massive criticism from the entertainment world and others for doing what he is doing.  He says and does what he believes even when this goes against the liberal beliefs of most people in his world.

Read it all. And watch the video above for more. 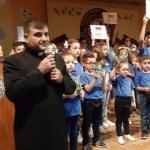 November 13, 2019 Bishops give assent for St. Irenaeus to become doctor of the Church
Browse Our Archives
Related posts from The Deacon's Bench 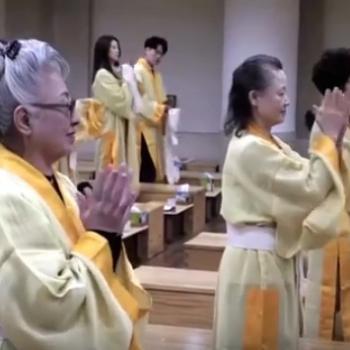