“Give an honor to our Lord and Savior Barack Obama…”

“Give an honor to our Lord and Savior Barack Obama…” November 26, 2012 Deacon Greg Kandra 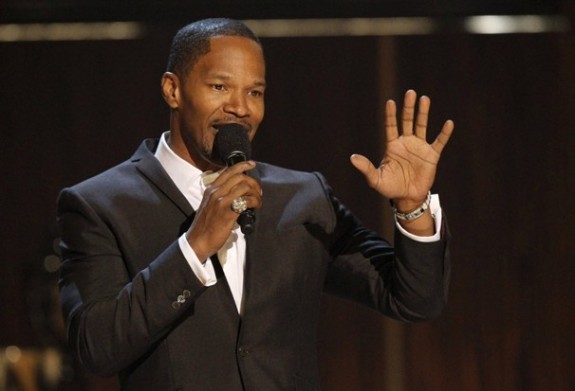 We don’t have to wait until Christmas for the Messiah after all:

Actor, comedian and singer Jamie Foxx caused a stir when he proclaimed President Obama a messiah as he spoke at the annual Soul Train Awards.

The show, which aired Sunday night, was taped in Las Vegas a few days after the president’s reelection. Foxx, a longtime comedian and actor whose credits include comedic television series “In Living Color” and motion pictures “Any Given Sunday,” “Ray” and “Ali,” stars in a soon-to-be-released movie written and directed by Quentin Tarantino called “Django Unchained.”

November 26, 2012 The Catholic Church's push to make better preachers
Browse Our Archives
get the latest from
Catholic
Sign up for our newsletter
POPULAR AT PATHEOS Catholic
1