“I didn’t leave the Democrats. They left me.” 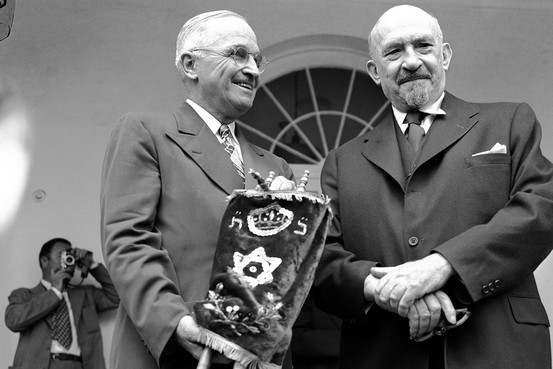 An interesting take on tomorrow, from Sheldon Adelson in the Wall Street Journal:

When members of the Democratic Party booed the inclusion of God and Jerusalem in their party platform this year, I thought of my parents.

They would have been astounded.

The immigrant family in which I grew up was, in the matter of politics, typical of the Jews of Boston in the 1930s and ’40s. Of the two major parties, the Democrats were in those days the more supportive of Jewish causes.

Indeed, only liberal politicians campaigned in our underprivileged neighborhood. Boston’s Republicans, insofar as we knew them, were remote, wealthy elites (“Boston Brahmins”), some of whose fancy country clubs didn’t accept Jews.

It therefore went without saying that we were Democrats. Like most Jews around the country, being Democrat was part of our identity, as much a feature of our collective personality as our religion.

So why did I leave the party?

My critics nowadays like to claim it’s because I got wealthy or because I didn’t want to pay taxes or because of some other conservative caricature. No, the truth is the Democratic Party has changed in ways that no longer fit with someone of my upbringing.

One obvious example is the party’s new attitude toward Israel. A sobering Gallup poll from last March asked: “Are your sympathies more with the Israelis or more with the Palestinians?” Barely 53% of Democrats chose Israel, the sole liberal democracy in the region. By contrast, an overwhelming 78% of Republicans sympathized with Israel.

Nowhere was this change in Democratic sympathies more evident than in the chilling reaction on the floor of the Democratic convention in September when the question of Israel’s capital came up for a vote. Anyone who witnessed the delegates’ angry screaming and fist-shaking could see that far more is going on in the Democratic Party than mere opposition to citing Jerusalem in their platform. There is now a visceral anti-Israel movement among rank-and-file Democrats, a disturbing development that my parents’ generation would not have ignored.

November 5, 2012
U.S. Ambassador to Holy See steps down
Next Post

November 5, 2012 Nobody knows what tomorrow will bring, but ...
Browse Our Archives
Follow Us!

Why Christian Films Are Absolutely Terrible
Cinematography may have only been around for over a century, but it...
view all Catholic blogs
Copyright 2008-2020, Patheos. All rights reserved.