Must-read: What kind of man wants to be a priest today?

Must-read: What kind of man wants to be a priest today? November 6, 2012 Deacon Greg Kandra 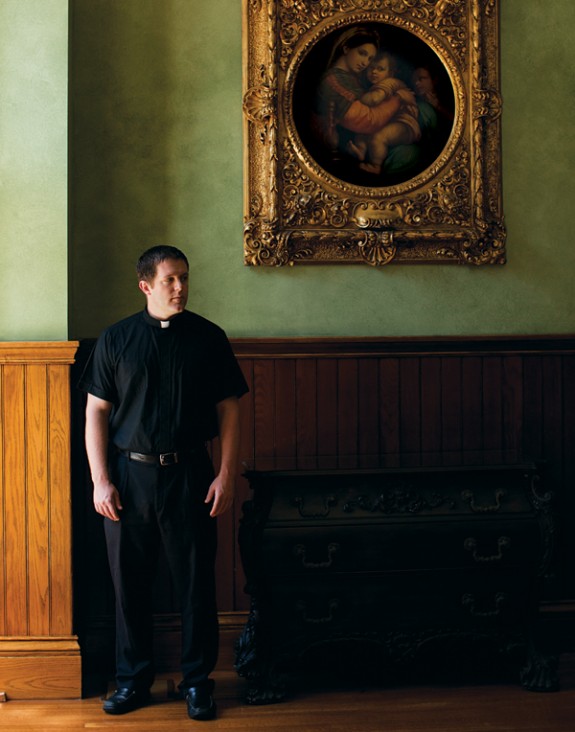 Yesterday, I posted on the peculiar way that Fr. Michael Pfleger marked Holy Thursday a couple years ago. Well, the person who stumbled on that video was Boston Magazine Executive Editor Patrick Doyle, who spent months seeking to answer a question that has haunted the American Church for the last decade: who would possibly want to become a priest today?

Doyle’s very good piece on the new generation of seminarians, “Resurrection,” is now available online. He follows one young man’s journey toward ordination, and it’s gripping:

On a beautiful August day in 2004, Eric Cadin pulled his battered Ford Taurus up to the soaring stone towers of St. John’s Seminary in Brighton. After spending the morning surfing in Rhode Island, Cadin arrived to find that he’d barely made it in time for move-in. Fortunately, he didn’t have much in the way of possessions. Having spent the past year living in a tent in Hawaii, he had only a few bags of clothes, some books, and a bed-in-a-sack he’d recently purchased. Cadin was wearing a necklace made of shells and his short brown hair was still crunchy with ocean salt, but he had managed to change out of his surfing gear and into a pair of khaki shorts and a polo shirt. He was about to begin the years-long journey to become a Catholic priest in the Archdiocese of Boston.

The 23-year-old Harvard graduate brought his things up to his room, a standard college dorm with a twin bed, a dresser, and a desk. As he unpacked, an older student, a former member of the military who seemed like a good guy, dropped by to say hello. Still, Cadin was struck by the silence in the seminary. There were only eight students in his class of future priests, and just 30 total students living in the entire building, a third of capacity. The clergy sex abuse scandal had broken two years earlier, and its fallout was continuing to plague the church. The line to become a priest in Boston had become very, very short.

After Cadin finished unpacking, he sat down on his bed, a little in shock. He’d been thinking about becoming a priest for more than three years, but now it was suddenly real. What, he wondered, have I gotten myself into?

Read it all.  You’ll be glad you did.

November 7, 2012 Obama wins with the Catholic vote —UPDATED
Browse Our Archives
get the latest from
Catholic
Sign up for our newsletter
POPULAR AT PATHEOS Catholic
1

Thoughts on National Repentance
On Holiday Juneteenth has been declared a federal holiday. On the one...
view all Catholic blogs
Copyright 2008-2021, Patheos. All rights reserved.