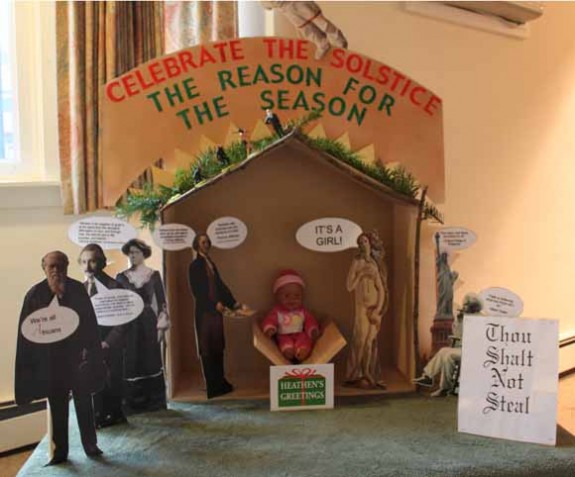 Atheists, clearly agitated that Christians purportedly “stole” various holiday traditions from pagans, have come up with a solution: A potentially-offensive “natural nativity scene” that removes baby Jesus and replaces traditional Bible characters with some eyebrow-raising alternatives. The Freedom From Religion Foundation (FFRF) is behind the spectacle, which emerged this week as part of a diorama inside the Wisconsin state capitol.

The angel that typically graces the nativity is replaced with an astronaut. And the wise-men – prominent figures in the Biblical account of Jesus’ birth — are replaced with evolutionary theorist Charles Darwin, scientist Albert Einstein, anarchist Emma Goldman and author Mark Twain. The Statue of Liberty is also placed in the alternative nativity to purportedly symbolize freedom.

Rather than including Mary, whom the FFRF dismisses as “a mythical fertility figure,” the display includes Venus, the Roman goddess of love. And forget about Joseph — this depiction has Thomas Jefferson, a figure atheist groups enjoy touting for his purported church versus state views. According to the FFRF, Jefferson “would have disavowed Christian devotional scenes on state property.”

Most noticeably, instead of Jesus, an African American baby girl is utilized. According to a press release put out by the organization, this action was chosen in an effort to encourage society to “adore girl children as much as boy children.” Also, the inclusion of this figure was implemented to showcase that life commenced in Africa.

November 27, 2012 Apocalypse? Now!
Browse Our Archives
get the latest from
Catholic
Sign up for our newsletter
POPULAR AT PATHEOS Catholic
1 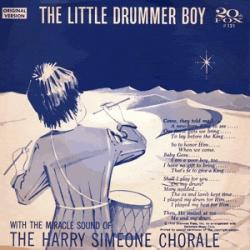 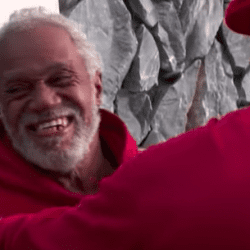 Catholic
WATCH: A secret Santa like no other. This...
The Deacon's Bench 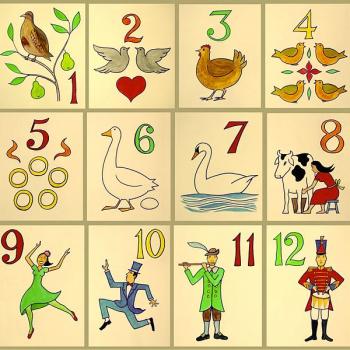 Catholic
No, that story about the '12 Days of...
The Deacon's Bench
TRENDING AT PATHEOS Catholic