Cardinal Sean P. O’Malley of Boston says the Church needs more and better prepared Catholic politicians and journalists who can bring the faith into the public square. 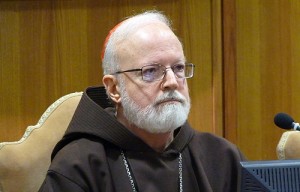 “We need to be much more proactive to prepare our laity and help them understand what a crucial role they have in public life and in the media where they’re forming public opinion and educating people through different means that have a great impact in society,” Cardinal O’Malley told CNA on Dec. 13.

He added, “if we’re going to evangelize the culture, we need to have evangelizers in those areas.”

During the last day of the Dec. 9-12 “Ecclesia in America” congress at the Vatican, Cardinal O’Malley said he believes things are “only going to get worse because Catholics themselves don’t worry about defending the unborn or teaching the true meaning of life.”

“There are just not enough legislators who favor life,” he said…

…In the media realm, Cardinal O’Malley said that Catholic media can also be a bridge to open relations with people in the secular media because “they speak the same language.”

December 17, 2012
Some logo ideas for the New Orleans Pelicans...
Next Post

December 18, 2012 Pew study: 1 in 6 worldwide follow no religion
Browse Our Archives
get the latest from
Catholic
Sign up for our newsletter
POPULAR AT PATHEOS Catholic
1