In “I Hear Your Heartbeat” Deacon Larry Hatch’s recently released first novel, the reader is reminded that to receive forgiveness, one must first be willing to forgive.

“Unforgiveness is the poison you drink hoping the other person will die,” said Hatch, who serves St. Agnes Church in Mena.

The story follows Tallet Jinx, a 60-something widower rancher who happens across a token from his high school days that sets off memories of his then-sweetheart, Gemima Renner. As he ponders the memories of the whirlwind teenage love affair and its untimely end, he experiences new pain over old questions about what went wrong.

As the story unfolds, Tallet’s residual anger and resentment turns to despair as a health condition threatens to rob him of any opportunity to attain closure. The counsel of a local priest helps him re-align his perspective on the matter, including his role in the relationship’s demise and, much to his surprise, the imperative that peace lies in seeking forgiveness, not demanding another’s contrition.

Hatch entered his manuscript in a writing contest sponsored by Guideposts, a religious periodical, at the suggestion of his wife Sally. It didn’t win, but editors were impressed enough with the work to publish it under the organization’s InspiringVoices label. Released Aug. 31, the work has been a featured selection on the publisher’s website as well as a fixture on its bestseller list…

…Hatch said by the time he wrote the book, he had a better handle on the concepts of forgiveness and dormant pain. Such have been common themes during his ministry as deacon, to which he was ordained in 1989 in the Diocese of Fort Worth and, since 2004 which he has served in Arkansas. 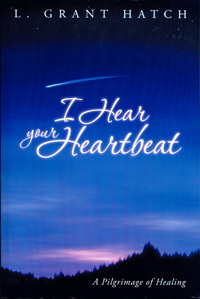 “In a lot of ways, I’m Tallet,” he said. “I think we all are to some degree. There’s a scene in the book where Tallet is counseled by Father Frank where the priest tells him he’s keeping the wounds fresh.

“I think we all are guilty of that. If someone cut you deeply on the arm it would hurt and it would take time to heal. But if you saw them years later and pointed to where they cut you, that’s not the wound, that’s you keeping the wound fresh.”

Still, he had not solidified his understanding as recently as 10 years ago when he wrote the first paragraph of his book, then came to a dead standstill. Its protracted completion mirrors that of his faith journey. Baptized Catholic at 22, the now 68-year-old father of four (one son is deceased) and grandfather of seven, was marginal in the Church until age 29. He said his struggles with faith and forgiveness lend an authentic tone to his ministry as well as his writing.

December 5, 2012 How Dave Brubeck made liturgy swing
Browse Our Archives
get the latest from
Catholic
Sign up for our newsletter
POPULAR AT PATHEOS Catholic
1