When it’s appropriate to clap at Mass: a handy list 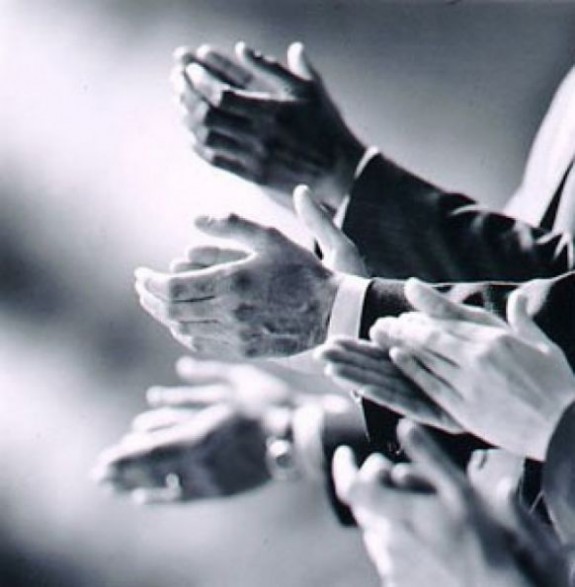 Marcel over at Aggie Catholics has a helpful post about applause during liturgy. While it’s frowned upon—the pope is not a fan of it—there are a few instances when it might be acceptable:

Clapping is usually done for a human achievement and is not for God. So, it is a misplaced act in most liturgies. There are some places where it is explicitly allowed though. For instance, in the Rite of Ordination for priests there is an exception for the USA where the congregation can show approval of the act of choosing the men to be ordained and one of the ways proscribed in doing so is applause.

That noted, there are a few other instances when applause is, in fact, appropriate:

These are just a few.  Other opportunities may arise for polite, respectful clapping.
Just use prudential judgment. You’ll be applauded for it.

December 5, 2012 Remembering jazz great Dave Brubeck, Catholic
Browse Our Archives
get the latest from
Catholic
Sign up for our newsletter
POPULAR AT PATHEOS Catholic
1

Immigration delays lead to forced departure of priests
I recently read an article stating that the Diocese of Burlington in...
view all Catholic blogs
Copyright 2008-2021, Patheos. All rights reserved.
error: Content is protected !!