Happy Feast of the Ass 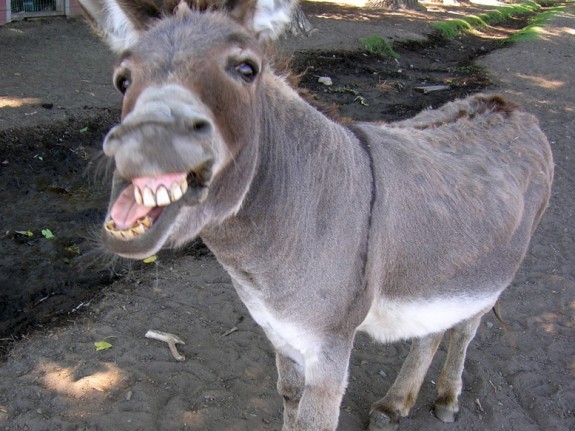 I kid you not.

I’m actually early with this; today is technically the vigil of the Feast of the Ass.  But I wanted you to be able to get a jump on things.

How can we ever come to receive the fullness of the treasury of the Church’s liturgical tradition ignoring stuff like this?

The Feast of the Ass (Latin: Festum Asinorum or asinaria festa, French: Fête de l’âne) was a medieval, Christian feast observed on January 14, celebrating the Flight into Egypt. It was celebrated primarily in France, as a by-product of the Feast of Fools celebrating the donkey-related stories in the Bible, in particular the donkey bearing the Holy Family into Egypt after Jesus‘s birth.

A girl with child on a donkey would be led through town to the church, where the donkey would stand beside the altar during the sermon, and the congregation would “hee-haw” their responses to the priest.

Mass was continued, and at its end, apparently without awakening the least consciousness of its impropriety, the following direction (in Latin) was observed:

(At the end of Mass, the priest, having turned to the people, in lieu of saying the ‘Ite missa est‘, will bray thrice; the people instead of replying ‘Deo Gratias’ say, ‘Hinham, hinham, hinham.’)

Can’t imagine why we don’t do this anymore.  (I’m sure a few readers will insist that, in places, they still do…)

Remember to extend warmest greetings on this feast to those you love.

And be sure to hit the stores on Tuesday, to take advantage of the after-holiday sales!

January 14, 2013 The end of dating
Browse Our Archives
Related posts from The Deacon's Bench