How do you forgive your daughter’s killer? 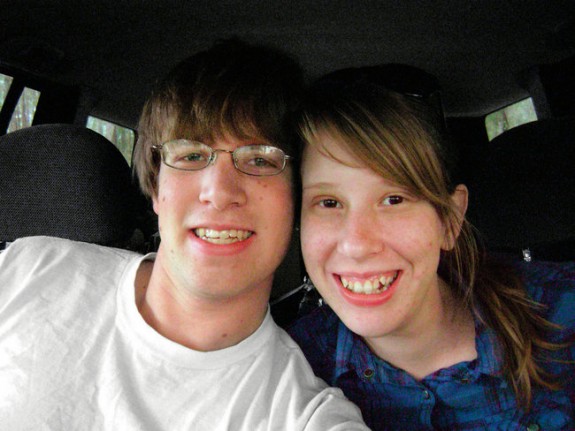 This Sunday’s New York Times looks at that question through the eyes of Kate and Andy Grosmaire, whose daughter Ann was shot by her fiance Conor McBride (the two are shown here in this snapshot from 2010).  The article is a deeply affecting view of the redemptive power of forgiveness, especially from a Catholic point of view; the Grosmaires are devout Catholics and Andy, the article mentions, is a deacon candidate in Florida.

Andy Grosmaire, Ann’s father, stood beside his daughter’s bed in the intensive-care unit of Tallahassee Memorial Hospital. The room was silent except for the rhythmic whoosh of the ventilator keeping her alive. Ann had some brainstem function, the doctors said, and although her parents, who are practicing Catholics, held out hope, it was clear to Andy that unless God did “wondrous things,” Ann would not survive her injuries. Ann’s mother, Kate, had gone home to try to get some sleep, so Andy was alone in the room, praying fervently over his daughter, “just listening,” he says, “for that first word that may come out.”

Ann’s face was covered in bandages, and she was intubated and unconscious, but Andy felt her say, “Forgive him.” His response was immediate. “No,” he said out loud. “No way. It’s impossible.” But Andy kept hearing his daughter’s voice: “Forgive him. Forgive him.”

Ann, the last of the Grosmaires’ three children, was still living at home, and Conor had become almost a part of their family. He lived at their house for several months when he wasn’t getting along with his own parents, and Andy, a financial regulator for the State of Florida, called in a favor from a friend to get Conor a job. When the police told Kate her daughter had been shot and taken to the hospital, her immediate reaction was to ask if Conor was with her, hoping he could comfort her daughter. The Grosmaires fully expected him to be the father of their grandchildren. Still, when Andy heard his daughter’s instruction, he told her, “You’re asking too much.”

Four days later, Ann’s condition had not improved, and her parents decided to remove her from life support. Andy says he was in the hospital room praying when he felt a connection between his daughter and Christ; like Jesus on the cross, she had wounds on her head and hand. (Ann had instinctually reached to block the gunshot, and lost fingers.) Ann’s parents strive to model their lives on those of Jesus and St. Augustine, and forgiveness is deep in their creed. “I realized it was not just Ann asking me to forgive Conor, it was Jesus Christ,” Andy recalls. “And I hadn’t said no to him before, and I wasn’t going to start then. It was just a wave of joy, and I told Ann: ‘I will. I will.’ ” Jesus or no Jesus, he says, “what father can say no to his daughter?”

She asked her husband if he had a message for Conor. “Tell him I love him, and I forgive him,” he answered.

Read it all.  It’s stunning.