In the E-mail: “The priest had his finger up his nose…” 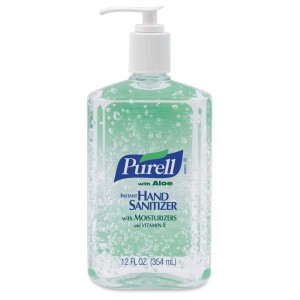 Holy hands are not always CLEAN hands. As I have observed men in rest rooms, 3 or 4 out of 10 wash their hands and women about the same, says my wife. Why don’t all who handle the Eucharist wash hands just before handling the host? Is it that they— including the priest— have no respect for the Eucharist or the people they serve? My wife and I were at a service where another priest was sitting at the altar waiting to help with Communion and he had his finger up his nose several times. My wife was in his line for Communion and I told her to get in front of me and she declined. When I told her what he did she was sick  and upset with me. Please do something about this! I go to Mass every day and only receive when cleanliness is observed by priest, which limits my participation. I was in line the other day and was 2nd in line. Our pastor used his first finger of his hand to clean away something from his nose (winter time). I walked away without receiving.

At my parish, and at many others I know of, the sacristy is well-stocked with hand sanitizer. Anyone who handles the Eucharist is mandated to use it liberally before dispensing communion.

As to the other behavior described…my first reaction is: maybe this is an argument for married priests.  If I did something like that on the altar or in the communion line, my wife would make sure I never heard the end of it.

Sometimes common sense, as they say, isn’t so common. And neither are good manners.  A terse note to the offending party would not be out of line (and cc the pastor.)