Snapshot: how Ohio is coping with priest shortage, changing demographics

An interesting microcosm of what is happening all over, from the Dayton Daily News: 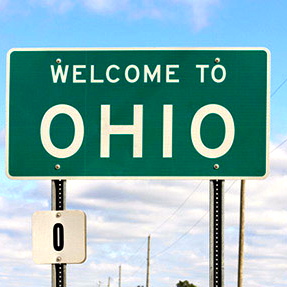 A looming shortage of active priests means that parishoners across the region — and around the U.S. — will be worshipping together more closely.

Church leaders have been forced to reorganize and in some cases, churches and schools have been closed when as many as four parishes were consolidated in a single pastoral region centered around one place of worship.

“It’s local and national,” said Father Len Wenke of the Archdiocese of Cincinnati. “It is worldwide.”

Plans to merge two Warren County parishes at a new church in Springboro are part of a regional strategy by the Archdiocese of Cincinnati designed to reorganize 230 parishes into 100 regions by 2015.

In the Dayton-Cincinnati diocese, the numbers of both Catholics and able pastors dropped between 1997 to 2012.

During the same period, the total number of priests in the diocese dropped more than 20 percent from 646 to 512 — the number of active diocesan priests by almost 25 percent from 242 to 176, according to the directory.

In Cleveland, Boston, and other cities around the U.S., Catholic leaders are merging parishes, closing churches, importing priests and turning to laypersons to offset the shortage and shifts in the Catholic population in the U.S.

Overall, the number of Catholics in the U.S. grew from 45.6 million to 66 million, according to data collected by the center, located at Georgetown University….

…In Cleveland, the diocese closed churches and schools, forcing parishioners to find new places to worship and obtain a parochial education. In California, laypersons have taken on additional responsibilities and priests from other countries have been brought in to offset the shortage of diocesan priests, Cidade said.

In establishing regions, the Cincinnati diocese joins Catholic leaders in Wisconsin, Michigan and Minnesota. “The archdiocese has been involved in planning since 1985,” said Wenke, one of the diocesan leaders of the planned change in the Dayton-Cincinnati region.

“We’re not talking so much about consolidating as we are about cooperating,” Wenke said. “We’re addressing these as the need presents itself.”

January 19, 2013
Closed abbey searching for another religious group to take it over
Next Post