The Rev. Tony Flannery, 66, who was suspended by the Vatican last year, said he was told by the Vatican that he would be allowed to return to ministry only if he agreed to write, sign and publish a statement agreeing, among other things, that women should never be ordained as priests and that he would adhere to church orthodoxy on matters like contraception and homosexuality. 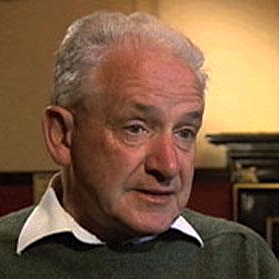 “How can I put my name to such a document when it goes against everything I believe in,” he said in an interview on Wednesday. “If I signed this, it would be a betrayal not only of myself but of my fellow priests and lay Catholics who want change. I refuse to be terrified into submission.”

Father Flannery, a regular contributor to religious publications, said he planned to make his case public at a news conference here on Sunday.

The Vatican’s doctrinal office, the Congregation for the Doctrine of the Faith, wrote to Father Flannery’s religious superior, the Rev. Michael Brehl, last year instructing him to remove Father Flannery from his ministry in County Galway, to ensure he did not publish any more articles in religious or other publications, and to tell him not to give interviews to the news media.

In the letter, the Vatican objected in particular to an article published in 2010 in Reality, an Irish religious magazine. In the article, Father Flannery, a Redemptorist priest, wrote that he no longer believed that “the priesthood as we currently have it in the church originated with Jesus” or that he designated “a special group of his followers as priests.”

Instead, he wrote, “It is more likely that some time after Jesus, a select and privileged group within the community who had abrogated power and authority to themselves, interpreted the occasion of the Last Supper in a manner that suited their own agenda.”

Father Flannery said the Vatican wanted him specifically to recant the statement, and affirm that Christ instituted the church with a permanent hierarchical structure and that bishops are divinely established successors to the apostles.

As a member of a religious order, Fr. Flannery has taken a vow of obedience to his Redemptorist superiors, through whom he believes God will act. (The vow that members of religious orders take is in addition to the normal religious vows of poverty and chastity, and, in the case of a priest in addition to his ordination promise of obedience to his local bishop.) When a priest who is a member of a religious order says, writes or does something that is judged by church authorities to be impermissible, restrictions on him are often communicated from the Vatican to his superiors. (Sometimes, though, the religious order itself acts on its own accord.)  Here, it seems, the Vatican directed the Redemptorists to remove him from active ministry; ask him to step down from the leadership of the Association of Catholic Priests; direct him to cease publishing; and sign a document stating that he adheres to the church’s teaching about women’s ordination and homosexuality, among other matters.

Normally, in these cases the issue begins to turns on obedience. The priest will be called by his religious superiors (who themselves are under the governance of the universal church) to adhere to the vows he made long ago. The conflict for the member of the religious order, then, comes down to a conflict between two sacred matters: one’s conscience and one’s vows, or, as my moral theology professor put it, justice and fidelity. Sometimes (Thomas Merton, John Courtney Murray, Yves Congar) the choice is for fidelity, and the person agrees to his or her silencing, because they believe that God will work through their obedience. In other cases (Roy Bourgeois and many others), the choice is for justice, because they believe that God is calling them in their conscience to speak out.  Often, in cases where the silencing is broken, and the vow is broken, the priest is dismissed from the religious order and, in some cases, excommunicated.  Father Flannery fears, he said today, that his situation might lead to excommunication.

January 20, 2013
After abortion: "I was standing alone in a sterile room wearing a hospital gown..."
Next Post

January 20, 2013 The question of Governor Cuomo and excommunication
Browse Our Archives
get the latest from
Catholic
Sign up for our newsletter
POPULAR AT PATHEOS Catholic
1

The Friendship of the Church Fathers and Evangelism
Mike Aquilina joins me today to discuss the church fathers and the...
view all Catholic blogs
Copyright 2008-2021, Patheos. All rights reserved.