Where have all the children gone?

Where have all the children gone? January 28, 2013 Deacon Greg Kandra 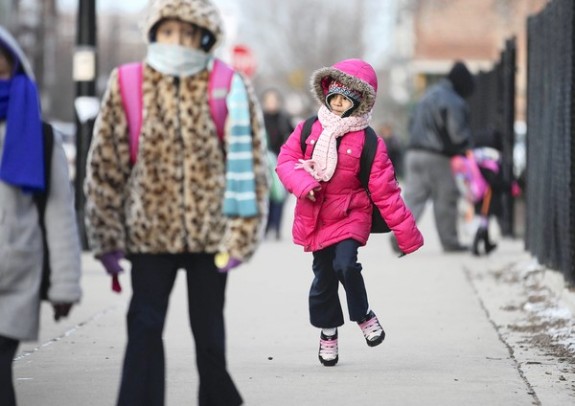 Most of us know the answer.

The Chicago Tribune puts its finger on a trend with significant implications:

Demographers have long known that the baby boom of the 1950s was giving way to a baby bust nationwide. Now Illinois and the Chicago area are providing a vivid example of the trend: According to data from the U.S. Census Bureau, from 2000 to 2010, Illinois had a 6.2 percent drop in children under 10, among the biggest declines in the country.

The impact is being felt in declining school enrollments and refashioned youth programs, officials say. In coming years, it will be felt in a workforce with fewer workers to replace retirees and help replenish pension coffers.

Changes in the youth population are especially pronounced in Chicago, which lost one-fifth of its young residents, particularly along parts of the lakefront, in Hispanic neighborhoods and in places where public housing high-rises once stood. But the trend is also under way in suburbs in Cook and DuPage counties…

…Over the last three decades, several forces have dramatically reshaped the population of children in Chicago. During the 1990s, the number of Hispanic families greatly increased, boosted by an influx from Mexico. But that immigration slowed in the 2000s.

Around the same time, the city had begun its plan to demolish high-rise public housing projects. It eventually would uproot thousands of African-American children in communities where public housing was once concentrated.

Also, white and black women of childbearing age are having fewer kids, and families with children have been leaving the city and the state.

“There’s a big national picture of the industrial Midwest, where you’ve had younger people moving to other states seeking opportunities for years,” said Chicago demographer Rob Paral. “You’re left with communities that are getting older, some getting poorer and different groups of people doing different things.”

Although solutions are hard to come by, some demographers believe fewer children will mean that policymakers need to be more committed than ever to improving the quality of education and social services for all children.

“With fewer kids, it’s all hands on deck, and all kids have to reach their maximum potential and productivity,” said Dowell Myers, a University of Southern California demographer and the lead author of a new report looking at California’s dwindling population of children. “We can’t waste a child.”

January 29, 2013 The inspiring life of "Super Antonio": "We are all children, like him"
Browse Our Archives
get the latest from
Catholic
Sign up for our newsletter
POPULAR AT PATHEOS Catholic
1