The Archdiocese of Newark is standing by its decision to appoint an accused child molester —one whose conviction was later reversed on a technicality—to be director of a diocesan office.

The Archdiocese of Newark affirmed its decision to allow a priest accused of abusing a minor to remain in ministry, stressing that they are complying with authorities and prohibiting any interaction alone with children. 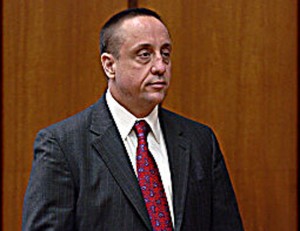 “We have not received any complaints from the prosecutor’s office…since Father has been back in ministry,” said Jim Goodness, the archdiocesan communications director.

“We’re doing exactly what we’re supposed to be doing,” he told CNA on Feb. 5.

On Nov. 21, the Catholic Advocate – the archdiocesan newspaper – announced that Father Michael Fugee had been appointed co-director of the office of Continuing Education and Ongoing Formation of Priests. He had been, and remains, director of the Office of the Propagation of the Faith. Both are positions at the Newark chancery.

On Feb. 3, the Star-Ledger ran a story about the appointment, calling it a “high-profile position.”

Goodness contested that characterization, saying, “it certainly is not a prestigious assignment…Father simply has to send out emails and notices to the priests in the diocese talking about this or that seminar or workshop if they want to take advantage of it, that’s it.”

In 2001, Fr. Fugee was charged with criminal sexual contact and endangering a child’s welfare.

The priest told police he had twice groped a teenage boy’s crotch while they were wrestling in the presence of the boy’s family members. One instance took place while he was on vacation with the boy’s family in Virginia in 2000, he said, and the other was about a year prior to that.

During his 2003 trial, Fr. Fugee protested that his confession to the police was false and that he had lied. The jury convicted him of aggravated sexual contact.

Fr. Fugee appealed the decision, and in 2006, an appellate court reversed his conviction, saying that the trial court had given inadequate guidance to the jury. Goodness said that “there was no basis for those original verdicts.”

Meanwhile, a New Jersey paper has added its voice to the chorus criticizing the archdiocese’s move:

An archdiocesan review board determined Fugee could be returned to ministry but with no contact with children. This is a clear violation of the so-called Dallas Charter. The charter states that “for even a single act of sexual abuse of a minor — whenever it occurred — which is admitted or established after an appropriate process in accord with canon law, the offending priest or deacon is to be permanently removed from ministry and, if warranted, dismissed from the clerical state.”

The archdiocese may want to play word games — playfully wrestling with a minor versus grabbing the boy’s crotch. The criminal conviction was overturned, but Fugee’s admitted conduct — criminal or not — was not acceptable behavior. Rather than err on the side of respect for victims, the archdiocese put the needs of clergy ahead of the people it serves.

Fugee should not be in active ministry. One strike and you’re out. Those are the rules agreed upon by the bishops themselves. Yet the archdiocese placed Fugee in 2009 at St. Michael’s Medical Center in Newark as a chaplain. When hospital administrators found out, Fugee was removed. Church officials had notified the head of chaplains at the hospital about Fugee’s history, but not administrators. Again, this is a pattern that seems to never stop.

UPDATE: Phil Lawler sums it all up perfectly:

To be sure, the conviction of Father Michael Fugee was overturned on appeal. But rather than risk another trial he made a plea agreement with prosecutors, and agreed to enter a counseling program for sex offenders. So a sex offender is heading an archdiocesan office. And not just any office, but an office designed to guide other priests in their spiritual formation. Is this not exactly the sort of scandal that the Dallas Charter was supposed to prevent?

An archdiocesan spokesman said that Archbishop Myers has full confidence in Father Fugee, even while emphasizing that the priest is now in a position where he does not have access to children. Does that really bespeak full confidence?

Under the Dallas Charter—the policies the American bishops approved at their June 2002 meeting in Dallas, in a panicked response to public outcry about the burgeoning scandal—a priest who is credibly accused of the sexual abuse of children should be removed from public ministry. Yet here was Father Fugee, who had been not only accused but convicted by a New Jersey jury, serving in an office of the archdiocese. It emerged that he had previously served as a hospital chaplain, with unsupervised access to children, even after the conviction. The archdiocesan review board had cleared him for ministry, as had the archbishop. The case vividly illustrates that the policies put in place by the Dallas Charter provide no reassurance at all to the faithful, if the policy-makers do not prove themselves trustworthy.

There’s more. During Father Fugee’s trial, the jury heard a statement in which the priest said that he was homosexual or bisexual. (An appeals court would later cite concerns about that statement as a reason for overturning the verdict.) So now a priest who is homosexual or bisexual, who is in a sex-offender program, is dispensing advice to other priests in Newark, and potentially dealing with the priests who are coping with similar problems. Is there any reason for confidence that he is offering mature spiritual counsel? Can we assume that he would respond properly to other cases in which priests were accused of misconduct?

The astonishment, bewilderment, and outrage that greeted the news from Newark is completely understandable; the complacent reaction from the archdiocese (“We have not received any complaints from the prosecutor’s office..”) is appalling.

Right now, one of two things is true. Either

There is no third option. And as I look at those two possibilities, I shudder to think which is more likely. God help us.

Extra Quotes from My Interview with...
On the Catholic Beat
Books by This Author Books by Deacon Greg Kandra