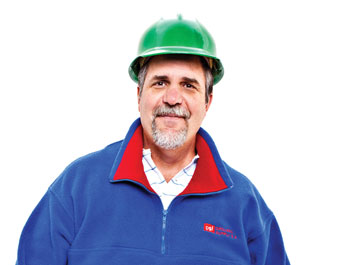 Some of you may remember Greg Hall who, as a deacon candidate three years ago, helped rescue the trapped Chilean miners.

He’s back in the news again:

Hall says his religious beliefs will not allow him to obey the Affordable Care Act’s mandate to offer contraception and abortion pills.

His attorney, Erick Kaardal, says the mandate violates the Religious Freedom & Restoration Act, which says the government is not supposed to pass laws that create a substantial burden on peoples’ religious freedoms.

Hall, who teaches moral theology as part of his duties as a deacon of the Archdiocese of Galveston-Houston, says the mandate conflicts with his religious and moral beliefs.

He’s asking the court to exempt his companies from the mandate.

February 7, 2013 Wow: the world's best "virtuoso" napkin folder
Browse Our Archives
get the latest from
Catholic
Sign up for our newsletter
POPULAR AT PATHEOS Catholic
1

Render Unto to Ceasar ... What...
Public Catholic
Books by This Author Books by Deacon Greg Kandra

Biden And The Death Penalty
President Biden opposes the death penalty. But he doesn’t want to act...
view all Catholic blogs
Copyright 2008-2021, Patheos. All rights reserved.