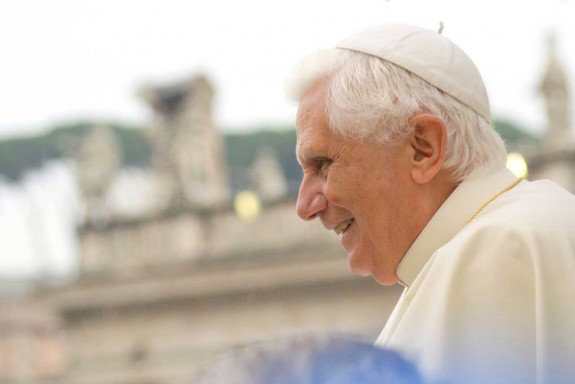 “I … want to reaffirm this forcefully: the Church has confidence in young people, she hopes in them and in their energies, she needs them and their vitality, to continue to live the mission entrusted her by Christ with renewed enthusiasm”. This was Pope Benedict XVI’s message to young people Thursday, as he greeted participants at the plenary session of the Pontifical Council for Culture.

In what has to be a first at the Vatican, the Plenary on “Emerging Youth Cultures” opened Wednesday evening with a Rock Concert, attended by council members, delegates and its President Cardinal Gianfranco Ravasi. The Italian group “The Sun” entertained the audience in the Aula Magna of the LUMSA university campus. They later also took part in a round table discussion led by French anthropologist David le Breton.

In an attempt to further encourage new channels of dialogue between young people and the Church, Card. Ravasi, is inviting young people to send questions and comments on emerging youth cultures to him, for the duration of the Plenary, using the twitter hashtag # Reply2Ravasi.

The Holy Father received participants in a private audience Thursday the first full day of working sessions. In his address he spoke of the current difficulties facing young people today, such as rising unemployment, marginalization from society, the dangerous obsession with celebrity cultures and growing tendencies towards individualism.

These phenomena he said are “effecting people on a psychological and relational level”, the result of several factors, such as social media, that are leading to an increasingly “fragmented, cultural landscape”.

Thus, the Pope noted “the “uncertainty and fragility that characterize so many young people, often pushes them to the margins, rendering them almost invisible and absent in the cultural and historical processes of societies”. Even “the religious dimension, the experience of faith and membership in the Church are often experienced in a private and emotional perspective”.

February 7, 2013 Meeting Paul Harvey
Browse Our Archives
get the latest from
Catholic
Sign up for our newsletter
POPULAR AT PATHEOS Catholic
1