It will be interesting to see if this actually goes forward as planned—and what the reaction this gets from parents.

The administrator of a Catholic high school in New York wrote to his students’ parents this week to explain why a gay couple at the all-boys school is being allowed to attend the junior prom together.

Father Edward Salmon, president of McQuaid Jesuit High School in Brighton, explained that the boys “will be welcomed” as a couple, even though he insisted the gesture of acceptance is not meant to condone homosexuality or go against church law in any way. His full letter, sent Wednesday, was published Thursday by local news website rochesterhomepage.net.

For Salmon, the acceptance represents the success of a student-driven campaign to allow the boys to attend their junior prom together. The school’s administrator described the emotions that campaign generated as “darkness and heavy clouds,” leading to the spread of “misinformation, fear, misunderstanding, and even anger.”

Dear Sisters and Brothers of our McQuaid Jesuit Community: 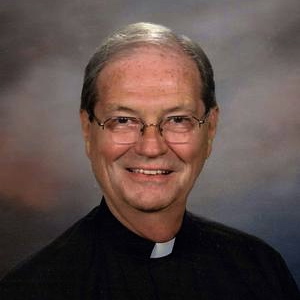 Our new Holy Father, Pope Francis, in the homily for his Inaugural Mass, had encouraging and inviting words: “Today amid so much darkness we need to see the light of hope and to be men and women who bring hope to others. To protect creation and to protect every man and every woman, to look upon them with tenderness and love, is to open up a horizon of hope, it is to let a ray of light break through heavy clouds.”

I myself would like to let a ray of light break through by correcting some misinformation. It is simply not true, as was reported and as many seem to have assumed, that a decision had been made by McQuaid authorities not to allow the young men in question to attend the Junior Ball. No decision had been made.

I would like to let a ray of light enter into the darkness of fear.   I, together with the United States Conference of Catholic Bishops, who in their Pastoral Message, “Always Our Children,” “. . . call on all Christians and citizens of good will to confront their own fears about homosexuality and to curb the humor and discrimination that offend homosexual persons. We understand that having a homosexual orientation brings with it enough anxiety, pain and issues related to self-acceptance without society bringing additional prejudicial treatment.”

I would like to let a ray of light enter into possible misunderstanding of the Church’s teaching. In that same message, Always Our Children, the Bishops are clear –“Nothing in the Bible or in Catholic teaching can be used to justify prejudicial or discriminatory attitudes and behaviors.” The Bishops continue: “It is also important to recognize that neither a homosexual orientation, nor a heterosexual one, leads inevitably to sexual activity. One’s total personhood is not reducible to sexual orientation or behavior.” In that same message, the Bishops refer to a 1986 Letter from the Congregation for the Doctrine of the Faith which emphasizes that “Respect for the God-given dignity of all persons means the recognition of human rights and responsibilities. The teachings of the Church make it clear that the fundamental human rights of homosexual persons must be defended and that all of us must strive to eliminate any forms of injustice, oppression, or violence against them.”

The Bishops continue, “It is not sufficient only to avoid unjust discrimination. Homosexual persons ‘must be accepted with respect, compassion and sensitivity’ (Catechism of the Catholic Church, no. 2358). They, as is true of every human being, need to be nourished at many different levels simultaneously. This includes friendship, [brotherhood] which is a way of loving and is essential to healthy human development. It is one of the richest possible human experiences. Friendship can and does thrive outside of sexual involvement.”

Lastly, I would like to let a ray of light into the darkness that anger can bring. Based on the misinformation circulating and a certain misunderstanding of Church teaching, some people began posting prejudicial and humiliating comments in the social media. Speaking or writing or acting out of anger is not usually helpful. Others, however, deeply concerned for the dignity and respect of all persons, wrote thoughtful and encouraging e-mail messages to McQuaid officials.

In conclusion and in the hope that I and all of us at McQuaid Jesuit will let a ray of light break through the darkness and the heavy clouds that have surrounded us, I have made the decision that, if our two brothers who have asked to attend the Junior Ball together wish to do so, they will be welcomed.

With this decision I am not contradicting the teachings of the Roman Catholic Church with regard to human sexuality; I am not encouraging nor am I condoning homosexual activity just as I do not encourage or condone heterosexual activity at a dance. I am not contradicting the Church’s opposition to the redefinition of marriage. With this decision I invite and encourage us all, as Pope Francis does, to exercise care, protection, goodness which calls for a certain tenderness “which is not a virtue of the weak but rather a sign of strength of spirit and a capacity for concern, for compassion, for genuine openness to others, for love. We must not be afraid of goodness, of tenderness.”

Sincerely in the Lord,

March 30, 2013 How Pope Francis is reforming the priesthood
Browse Our Archives
Related posts from The Deacon's Bench