From the Indianapolis Star:

The Indianapolis high school stripped of its Catholic identity over the employment of a gay teacher in a same-sex marriage has taken its case to Rome.

Brebeuf Jesuit Preparatory School is appealing the decision of the Indianapolis Archdiocese to no longer recognize the school as Catholic. Archbishop Charles C. Thompson issued a decree cutting ties with Brebeuf in June after the school refused to fire Layton Payne-Elliott.

A math teacher and Brebeuf graduate, Payne-Elliott is married to Joshua Payne-Elliott, the teacher fired from Cathedral High School at the behest of Thompson.

Brebeuf’s appeal is being led by the Midwest Jesuits, the order of priests that sponsor the school and serve there. As is required by the Catholic Church, the order first requested that the archbishop reconsider his decision and rescind the decree. He declined to do so, according to a letter sent Sunday to members of the Brebeuf community.

Now, the school has taken its case to the Congregation for Catholic Education in Rome. The hope is that the decree will be overruled and, in the meantime, that its effects will be suspended during the appeals process. It’s unclear how long the appeal could take.

When the school announced the split in June, officials said the effects would be minimal. Families may not even notice, said Principal Greg VanSlambrook, during an interview at that time.

The first day back to school this year won’t be quite the same, though. The archbishop denied the school’s request to hold the traditional Mass of the Holy Spirit to start the school year.

“We are disappointed and saddened by the Archbishop’s decision,” the letter said. 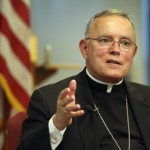 August 5, 2019
Chaput: 'Only a fool can believe that gun control will solve the problem...'
Next Post 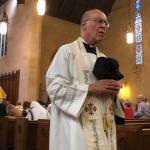 August 5, 2019 Father Perrone update: lawyers say he passed a polygraph 'with flying colors'
Browse Our Archives
get the latest from
Catholic
Sign up for our newsletter
POPULAR AT PATHEOS Catholic
1