The following news release arrived in my email a short time ago, updating the story of Father Eduard Perrone, a prominent priest from Detroit who was removed from ministry last month:

Father Eduard Perrone, a priest in the Archdiocese of Detroit and pastor of Assumption Grotto Parish in Detroit, took and passed a polygraph test, and maintains his innocence from the recent, highly publicized, allegations against him.

On July 5, 2019, Father Perrone was restricted from exercising all public ministry after the Archdiocese of Detroit determined that a “credible” allegation of sexual misconduct had been made against him.

Father Perrone vigorously denies the allegation and the accuser’s description of events. In an effort to clear his name and accelerate his reinstatement, Father Perrone submitted to a thorough polygraph examination on July 30, 2019.

The examination was conducted by Mr. Michael Anthony (License # 6001000316), at the offices of Kolomjec & Associates, P.C., Father Perrone’s civil attorneys. Mr. Anthony is a retired police officer (former Police Lieutenant with the Taylor Police Department in Michigan), and a highly experienced and well-respected polygraph examiner. Among other engagements, he currently performs polygraph services for the United States Probation Office as well as the Michigan Department of Corrections, with a focus on polygraphs related to sex offenses.

The examination lasted over 2 hours, during which several polygraphs were completed using questions relevant to the accusations against Father Perrone, specifically, questions regarding the accuser’s claims of sexual abuse that were used by the Archdiocese of Detroit to suspend Father Perrone.

Father Perrone is hopeful that the results can be utilized to demonstrate his innocence and accelerate his reinstatement to full priestly ministry by the Archdiocese of Detroit.

In addition to the positive polygraph results, over 55 current and former altar boys who have served with Father Perrone over the years signed written statements affirming that they have never been subject to any abuse or inappropriate conduct, or heard of or witnessed any such abuse or conduct by Father Perrone. A number of other individuals who have spent significant time with Father Perrone over the last 4 decades, including rectory workers, have also signed written statements indicating that they have never witnessed any inappropriate behavior by Father Perrone. 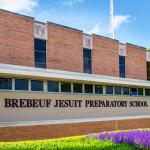 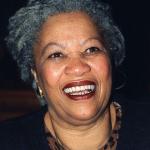