“For too long, kids who look like Jediah have been treated as less than because of the texture of their hair. It’s unacceptable, it’s appalling.”

A Queens Catholic school’s hair policy banning cornrows has infuriated city and state officials — and prompted calls for an investigation of stringent guidelines that forced one mom to yank her little boy from his third grade class rather than chop off his braids.

As the Daily News exclusively reported, Jediah Batts, 8, was told in September that the braids he so proudly wore didn’t cut it at Immaculate Conception Catholic Academy in Jamaica — a ban that his mom, Lavona Batts, is now challenging in Queens Supreme Court. According to the lawsuit she filed Monday, the hair policy violates both city and state rules on hair discrimination.

On Wednesday, Mayor de Blasio said he’d be “looking into this.”

“For too long, kids who look like Jediah have been treated as less than because of the texture of their hair. It’s unacceptable, it’s appalling and that’s why we’ve BANNED it in New York City.My team’s looking into this,” he tweeted. 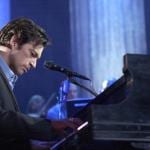 October 31, 2019
Practicing Catholics: Homily for the Solemnity of All Saints, November 1, 2019
Next Post 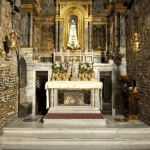 October 31, 2019 Pope adds feast of Our Lady of Loreto to the universal calendar
Browse Our Archives
get the latest from
Catholic
Sign up for our newsletter
POPULAR AT PATHEOS Catholic
1