Practicing Catholics: Homily for the Solemnity of All Saints, November 1, 2019

On a brisk April morning 11 years ago, I made my one and only trip to the old Yankee Stadium up in the Bronx.

It wasn’t for a baseball game.

It was for Mass.

Pope Benedict was celebrating Mass there as part of his trip to New York, and Siobhain and I, along with a couple hundred other deacons and their wives, were able to get tickets.

You had to be there hours in advance. So we got up early in the morning to take the subway, joining thousands of people in line to get into the stadium for a once-in-a-lifetime event.

It was going to be a long day. Since we had a few hours to kill, the organizers hired entertainers to perform for the crowd beforehand. One of them was the singer Harry Connick, Jr. During his performance, he mentioned that someone once asked him if was a practicing Catholic.

“You bet,” he said. “And I’m going to keep practicing until I get it right.”

If you want to know the message at the heart of today’s feast, that is it. The saints teach us what it means to “keep practicing until we get it right.”

Many of them spent a lifetime doing just that. They are reminders of what we can aspire to. Lives of holiness. Devotion. Prayer. Lives committed to love.

But, of course, it takes practice.

A good place to learn how to do that is today’s Gospel, The Beatitudes.

In his book “Jesus of Nazareth,” Pope Benedict wrote that The Beatitudes amount to nothing less than a self-portrait by Christ. In the meek, the merciful, the clean of heart, the persecuted…Jesus is, in fact, describing himself.

And by extension, he is describing his vision for us, his followers.

The fact is, in The Beatitudes we are given more than just suggestions in how to be good people.

We are given an abiding lesson in how to love.

It means giving of yourself to another. It means humility, sacrifice, and even suffering.

And out of that, people who are broken or sinful become, by God’s grace, “blessed.”

Out of that, we become saints.

What a radical idea!

And make no mistake: The Beatitudes are radical.

Because being poor in spirit — being humble in a world of bombast and boasting — is radical.

Because hungering and thirsting for righteousness — living an ethical life in an unethical world — is radical.

Being merciful and showing mercy — when most want only to get even or get revenge— is radical.

Having a clean heart — untainted by cynicism or bitterness or malice, seeking the best in others — is radical.

Choosing to be a peacemaker — in a society that thrives more than ever on division and conflict and hate — is radical.

Standing up for the faith — standing for the Gospel, defending the defenseless and preaching Christ crucified and facing persecution for being his disciple — is radical.

And it is so because Christian love — love for the stranger, for the poor, for the outcast — is radical. It stands in defiance of the world.

This Gospel is sometimes read at weddings, and for good reason: these words show how love is made manifest. Not romantic, sentimental love. But deep, selfless, sacrificial love — that same love Christ has for the world. The kind of love expressed with open arms on the cross.

The merciful love God has for all of us.

More importantly, this is the love we are called to live.

And what does it get you?

Look around you. Look at the statues of people whose names you know so well. Anthony and Jude. Look at the windows of Agnes and Stephen. Study the figures in the reredos behind the altar: Boniface, Dominic, Patrick, Francis.

Love made them saints. Love of God. Love of the Eucharist. Love for others.

Today is a good day to renew our hope and our resolve to be like them.

And as you look at them, notice something else.  You don’t see them at eye level. You have to look up. And that, too, is what the saints call us to do — to look up, not just at them, but beyond them, to the God who makes all things possible. Even sainthood.

Today, as we pray with them and ask them to pray for us, pray that they may help us live out that radical teaching, The Beatitudes.

Pray that they may help us be “blessed.”

And pray that they may help us become, in every sense, “practicing” Catholics — practicing until we get it right. 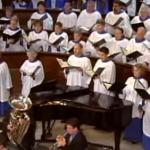 October 30, 2019
Sing out: 'Your church suffers when your voice is silent'
Next Post 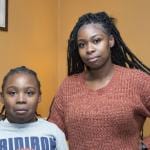 Catholic
Work in progress: Homily for 30th Sunday in...
The Deacon's Bench 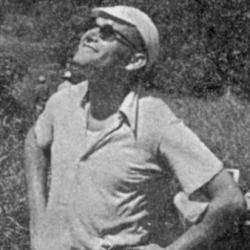 Catholic
The many Nazareths of St. John Paul
The Deacon's Bench
TRENDING AT PATHEOS Catholic