It happened during the presidential election last fall:

An Ohio nun was charged with voter fraud for casting an absentee ballot in the 2012 presidential election that belonging to a fellow sister who had died, authorities have said. 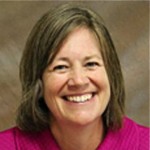 Sister Marguerite Kloos, 54, allegedly voted both under her own name and under the name of Sister Rose Marie Hewitt, who had passed away a more than a month before last November’s poll.

Kloos, of Delhi Township, faces up to 18 months in prison after being charged with illegal voting.

She reportedly quit her job as dean of the Division of Arts and Humanities at Cincinnati’s College of Mount St. Joseph’s and intends to plead guilty to the charge, reports the Cincinnati Enquirer.

Two others have also been charged with voter fraud, after an investigation carried out by the Hamilton County Board of Elections’.

March 12, 2013
Elizabeth Scalia on "The Intrinsic Disorder of Me"
Next Post

March 12, 2013 What do Muslims want in the next pope?
Browse Our Archives
Follow Us!

Ronald Knox’s Conversion to Catholicism (In Brief)
[edited with my introduction in 1991; later published in The Coming Home...
view all Catholic blogs
Copyright 2008-2020, Patheos. All rights reserved.