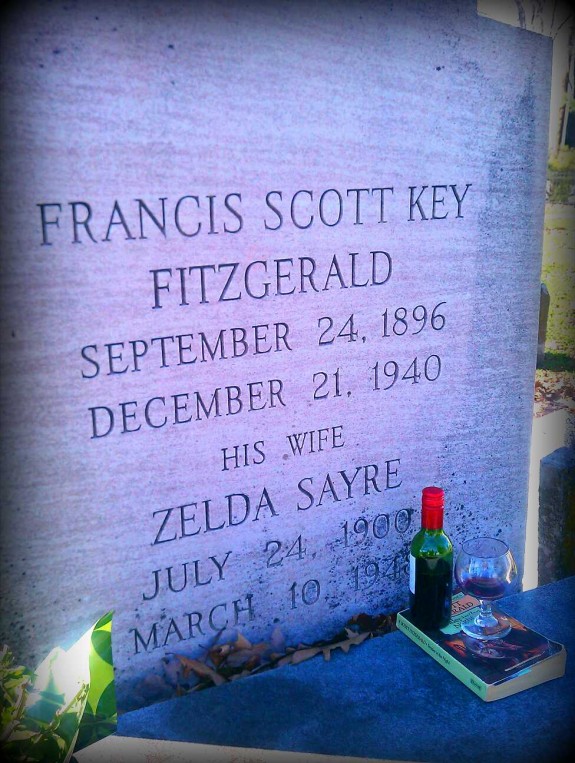 With all the attention being lavished on the new adaptation of “The Great Gatsby,” I was reminded of a visit I paid to F. Scott Fitzgerald’s grave a couple years ago — and my bemusement at finding there a bottle, a glass and a book (see above.) 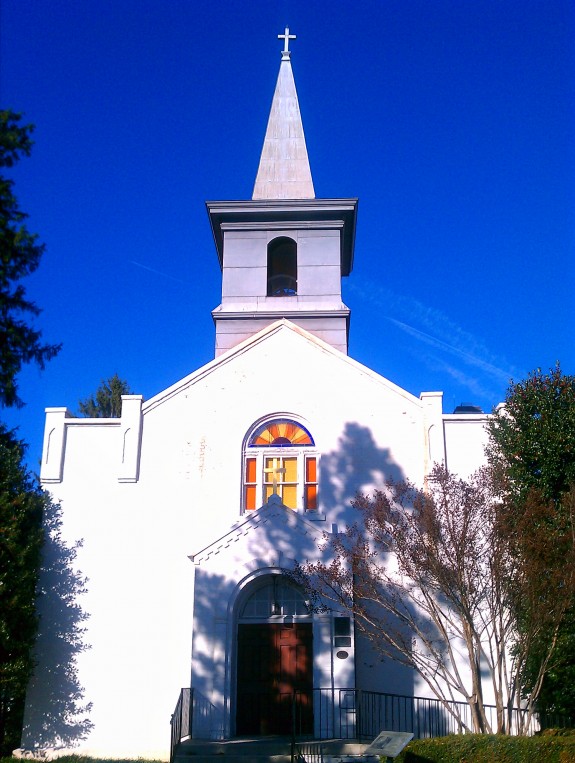 The grave, at St. Marcy’s Catholic Church in Rockville, Md., lies a couple hundred feet from the chapel where my wife and I were married 27 years ago.

The novel remains a brilliantly polished gem. But that hasn’t stopped people from trying to tinker with it. Back in 2011, the late, great Roger Ebert wrote about the novel and some liberties that were being taken with it, for the benefit of young readers:

I learn that the Margaret Tarner “retelling” employs an Intermediate Level vocabulary of “about 1,600 basic words.” Upper Level students can feast on 2,200 basic words.

There are so many things I want to say about this that even an Upper Level vocabulary may prove inadequate.

The first is: There is no purpose in “reading” The Great Gatsby unless you actuallyread it. Fitzgerald’s novel is not about a story. It is about how the story is told. Its poetry, its message, its evocation of Gatsby’s lost American dream, is expressed in Fitzgerald’s style–in the precise words he chose to write what some consider the great American novel. Unless you have read them, you have not read the book at all. You have been imprisoned in an educational system that cheats and insults you by inflicting a barbaric dumbing-down process. You are left with the impression of having read a book, and may never feel you need return for a closer look.

He goes on, with extensive quotes, but here’s a sample.

Fitzgerald’s famous conclusion of the book (the last words, in fact, are literally etched in stone, inscribed on the Fitzgerald grave in Rockville):

And as I sat there, brooding on the old unknown world, I thought of Gatsby’s wonder when he first picked out the green light at the end of Daisy’s dock. He had come a long way to this blue lawn and his dream must have seemed so close that he could hardly fail to grasp it. He did not know that it was already behind him, somewhere back in that vast obscurity beyond the city, where the dark fields of the republic rolled on under the night.

Gatsby believed in the green light, the orgastic future that year by year recedes before us. It eluded us then, but that’s no matter–tomorrow we will run faster, stretch out our arms farther. . . . And one fine morning—-

So we beat on, boats against the current, borne back ceaselessly into the past.

The revision (or “retelling”) :

Gatsby had believed in his dream. He had followed it and nearly made it come true.

Everybody has a dream. And, like Gatsby, we must all follow our dream wherever it takes us.

Some unpleasant people became part of Gatsby’s dream. But he cannot be blamed for that. Gatsby was a success, in the end, wasn’t he?

Read more, if you dare.

May 10, 2013 Ordination update: 7 new deacons in Camden
Browse Our Archives
get the latest from
Catholic
Sign up for our newsletter
POPULAR AT PATHEOS Catholic
1