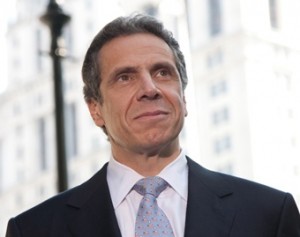 The four-senator Independent Democratic Coalition, which has a power-sharing agreement to control the senate with the Republican Party, declined to introduce the abortion measure as part of Gov. Cuomo’s 10-point “Women’s Equality Agenda” measures.

The Republican co-leader of the senate, Sen. Dean Skelos, is pro-life. He said he would not allow a bill with the abortion plank to reach the floor, the New York Post reports.

Jeff Klein, who leads the Independent Democratic Coalition, said the coalition supports abortion rights but could not find the votes to pass it.

Gov. Cuomo, a Democrat, criticized the breakaway coalition. He warned in a radio interview that the issue would play a role in their re-election campaigns, according to Bloomberg News.

Cuomo is a possible presidential candidate in 2016. He is a Catholic but has strongly backed abortion rights despite Church teaching that abortion takes an innocent life.

The New York Catholic Conference strongly opposed the bill, saying the expansion of abortion is “unnecessary and harmful.”

“Rather than voting on a bill that will increase the tragedy of abortion for both women and children, we urge policy makers to look at constructive ways to reduce abortion and truly make abortion ‘rare,’” the conference said June 10.

The proposal would have declared abortion to be a “fundamental right.” It would have allowed any licensed “health care practitioner,” including non-doctors, to perform abortions. It would have barred any abortion regulations such as parental notification for a minor considering abortion, while also decriminalizing abortions after 24 weeks into pregnancy when a woman’s health was in danger.

The legislation would also have protected abortionists who kill women during abortions from being charged with manslaughter.

Proponents of the bill contended that it simply codifies federal law, but the New York Catholic Conference said this was “disingenuous and misleading.”

This story is premature. CNA should have checked with us. The bill is not dead. As it stands now, last night Cuomo broke up the 10-point “Women’s Equality Act” into 10 separate bills, something the NYS Catholic Conference has urged for months, as we support the other 9, non-abortion pieces. The Senate GOP leader Dean Skelos still says he will not hold a vote on the abortion piece, but it is not dead until the legislature adjourns on Friday. The original 10-point bill is still alive in the Assembly and is expected to be passed in that house on Friday. Stay tuned…

June 19, 2013
Is One of the World's Greatest Churches About to Become a Mosque?
Next Post

June 19, 2013 Pope Francis: "In this culture, let's face it, we are the minority..."
Browse Our Archives
Related posts from The Deacon's Bench