In Rare Move, Diocese Gets into the Funeral Home Business

The Catholic diocese of Sacramento has purchased a funeral home in Land Park, making it only the fifth diocese in the nation to offer mortuary services. 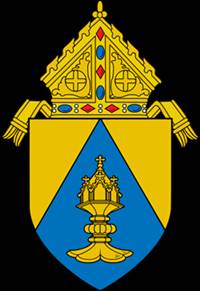 The local Catholic Church’s purchase of the George Klumpp Chapel of Flowers on Riverside Boulevard followed more than 18 months of discussion and inquiries by the diocese, according to diocese spokesman Kevin Eckery.

Eckery said that the purchase was spurred by the requests of local Catholics who wanted “forms of assurance or were just sort of looking for ways to reduce their own stress levels.”

Though the purchase price was not disclosed, county records indicate that the property recently was assessed at more than $900,000.While Catholic churches have traditionally maintained cemeteries for Catholics and their families, the Sacramento diocese’s purchase of the Klumpp mortuary makes Sacramento the third in California to offer mortuary services.

In a controversial move, Los Angeles’ archdiocese began leasing cemetery space to a for-profit funeral home company in 1999, and the diocese of Oakland bought its first mortuary in 2006.

Though rare, funeral homes operated by a church or particular religious order are “not unique to the Catholic faith,” said Bob Achermann, the executive director of the California Funeral Directors Association.

Eckery emphasized that the Sacramento mortuary was not purchased to provide the diocese with a source of revenue.

“This isn’t an investment,” said Eckery. “This is about responding to parishioners.”

June 13, 2013
"It Feels Good!": For First Time as Pope, Francis Celebrates Mass in His Native Spanish
Next Post