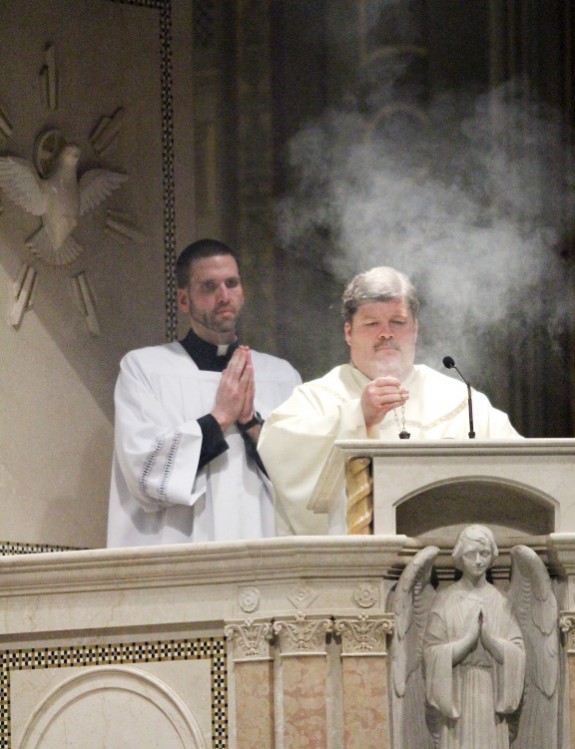 Longtime readers of The Deacon’s Bench may remember that I posted a story about Joseph Cella back in the early days of my blog, in 2007.  He was the “deacon with a badge,” the only Catholic deacon in Philadelphia who was also working as a cop.

I’ve just gotten some sad news from Philadelphia, from one of his brother deacons.  Joe died unexpectedly yesterday.  This afternoon, I got more details from an Episcopal deacon candidate who is also a police officer in suburban Abington Township:

I am sorry to inform you that Joe Cella died suddenly yesterday while at work, from what we believe was most likely a massive heart attack, although no cause of death his been announced. It hit everyone hard, but especially the department, as he worked with us often and was on a case with us earlier in the day. He will be fondly remembered by many in the Church as well as the law enforcement community. May he rest in peace and rise in glory.

Below is the story about him from 2007.  Eternal rest grant unto him, O Lord, and let perpetual light shine upon him.

Please keep Joe Cella and his family in your prayers.

Joe Cella was on the altar Nov. 7 for the funeral of slain Philadelphia Police Officer Chuck Cassidy. Mr. Cella, 50, a Catholic deacon from Our Lady of Consolation Parish in the Tacony section, read one of the Gospel passages. It was from John 15 and includes the famous “Greater love hath no one than this, that a man lay down his life for his friends.”The Cassidy family picked that verse and the Rev. Carl Janicki, president of Cardinal Dougherty High School, Mr. Cassidy’s alma mater, used it as the focus of his homily, saying that Mr. Cassidy had indeed laid down his life for “friends” in battling crime on the city’s streets.

On Oct. 31, Mr. Cassidy was fatally wounded when he checked on a Dunkin’ Donuts in the 6600 block of North Broad Street. Twenty-one-year-old John Lewis, an Olney High School dropout, confessed to the killing.

Mr. Cassidy’s murder, as well as the murder of Officer Gary Skerski in 2006, resonates with Mr. Cella in a way that most clergymen could not appreciate. You see, Deacon Joe Cella is also Detective Sgt. Joe Cella.

“The Skerski and the Cassidy families, let me tell you something, they are posters for good, wholesome, American families,” says Mr. Cella. “One being the good strong Polish-Catholic family. The other being the good, strong Irish-Catholic family. Both individuals were faithful to their children, faithful to their wives, involved in their parish and their parish community.”

The murders of Messrs. Cassidy and Skerski, as well as the recent spate of non-fatal shootings of police officers, once again spurs the timeless indictment of belief in a loving God. Why do bad things happen to good people, anyway?

“What is bad in the world, God does not want, God does not bring, God does not wish upon us,” says Mr. Cella, who recently stepped down after 14 years as the chaplain for the Philadelphia Fraternal Order of Police. “Someone looks at something evil that happens and says, ‘Well, that must have been God’s will.’ It was not. That was the exercise of free choice, the most powerful gift that God gives us. It’s the poor choices of human beings that bring the evil into the world. The influence of temptation. The influence of Satan.”

Regarding evil as a malignant force, and not just the absence of good, helps both Deacon Joe and Detective Joe try to improve the city’s environment. “Both [vocations] find their nature in service to the poor,” says Mr. Cella. “I use ‘poor’ in a biblical way: poor in spirit, not necessarily poor in temporal goods.”

The problem is “greater than the police,” he adds. It’s societal. “We have to look at the structure of families these days,” says Mr. Cella, who’s been with the Philadelphia Police Department for 30 years. “As God has been taken out of our world, there’s no fear of repercussion. Sometimes I talk to people and they quote ‘give it up’ and give you the confession because they need a little rest. Going to prison’s like getting rest. They’ll get three hot and a cot. They don’t have to work for it, they don’t have to rob for it.”

Mr. Cella, the only deacon on the Philadelphia police force these days, says cops of all faiths can appreciate these general precepts. In fact, though he’s there for any fellow officer who might need to talk, Mr. Cella is careful not to proselytize.

“Having taken some courses in ecumenism, I am sensitive to these things,” says Mr. Cella.

He relates how one young cop from North Philadelphia noticed that he gave out Bibles from the FOP to the families of police officers who’ve died.

“She said, ‘That’s really nice. Do you have any of ours?’ I said, ‘What’s ours?’ And she said, ‘Jehovah’s Witnesses.’ I said, ‘To be honest with you I thought you use the King James Bible,’ and she said, ‘Oh, no. We have our own scripture books.’”

She asked if Mr. Cella would give out the Jehovah’s Witnesses Bibles to the families that practice that faith. He said, “Sure.”

“You would have thought I gave her a million dollars,” he recalls. 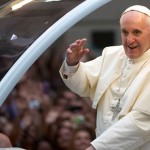 July 24, 2013
"Why Would Conservative Catholics Be So Upset?"
Next Post

July 25, 2013 Archdiocese of New York Hires Outside Organization to Run Schools
Browse Our Archives
get the latest from
Catholic
Sign up for our newsletter
POPULAR AT PATHEOS Catholic
1