No Catholic burial for Richard III 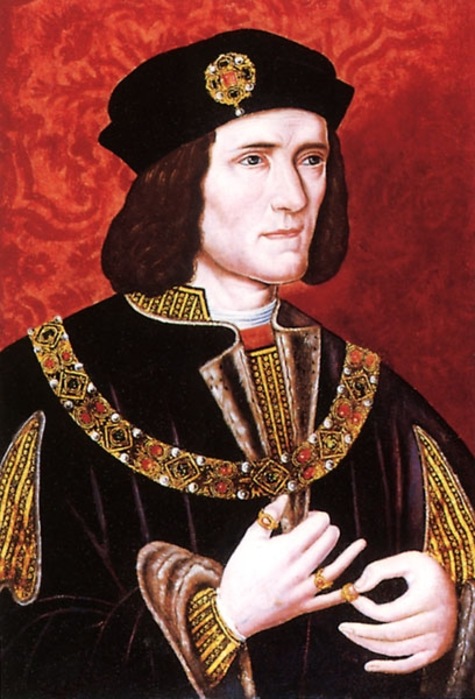 In February, archaeologists confirmed that they had discovered the remains of King Richard III beneath a parking lot in Leicester. Richard died in battle at Bosworth Field in August 1485; the Tudor victors gave him a rather unceremonious burial in what was then a local abbey. Richard will now be re-interred in Leicester’s Anglican cathedral, most likely next May. Back in February, some Catholics objected that Richard, who was Catholic, should by rights be buried in a Catholic ceremony in a Catholic sanctuary. According to the Law and Religion UK blog, however, the Catholic Church in the UK will not insist. The Catholic Bishop of Nottingham states:

The Bishop is pleased that the body of King Richard III has been found under the site of Greyfriars Church in Leicester, in which it was buried following the Battle of Bosworth in 1485, and that it will be reinterred with dignity in the city where he has lain for over five hundred years. Richard III was one of the last Catholic monarchs of England and his death was a decisive moment in British history, but the ultimate decision as to what form the interment takes lies with the Government and the Church of England, since he will be buried in Leicester Cathedral. In accordance with long-established ecumenical practice, Bishop Malcolm will be happy to take part in any form of ceremony which takes place to mark his final burial.

As long as they don’t do something like this, Richard should rest in piece.

August 6, 2013
What’s an “almoner”? Read about a Vatican job with close ties to deacons
Next Post

August 6, 2013 "Look to media as an apostolic opportunity..."
Browse Our Archives
Related posts from The Deacon's Bench