On words and The Word—UPDATED

On words and The Word—UPDATED September 23, 2013 Deacon Greg Kandra 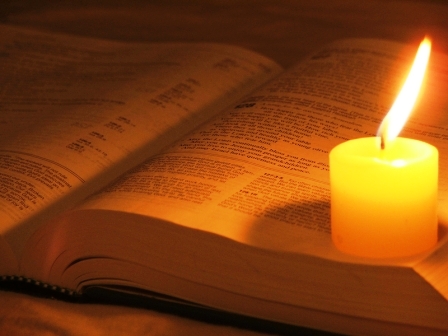 Over and over yesterday, in response to my “Losing My Religion” post, many people tried to convince me that a bad liturgy shouldn’t matter all that much in my faith life. Some who don’t know me very well — or at all — assumed (wrongly) that one or two bad homilies had sent me running. All that matters is the Eucharist, they said. And, I’ll give you this, the only reason I stayed seated in that church this weekend is because of the Eucharist. I would have been out the door before the homily was even close to over if not for that, but are we really going to pretend that the Word doesn’t matter? Because it does.

We come out of the Word. We are bound to the Word. We live by the Word. And if the Word isn’t being preached in a way that relates to people’s lives, well, there’s not much chance they’re going to find meaning in the Eucharist. And I’m not talking about myself here. I’m talking about the countless other Catholics who sit in pews week after week, hungry, waiting, praying that someone will feed them, and although they receive Communion they often leave feeling that same hungry ache in their soul. Yes, Eucharist is source and summit, but mere mortals can’t always get to that place without a little support and help and nourishment along the way. Enter the Word.

Let me ask you this: If Jesus just went out there and took some old message preached centuries earlier and read it to the crowds without relating anything to their day-to-day lives, do you think anyone would have stuck around? Do you think people would have given up everything to follow him if the Word didn’t matter? Do you think there would have been anyone sitting around the table for the Last Supper if Jesus didn’t first draw them in with parables and stories that connected their faith to their everyday lives? No.

As I tried to get across in yesterday’s post, my discontent with my current church experience is not based on a single homily or even a series of homilies or homilies in general; it’s based on the whole package. As a lifelong Catholic who’s been a Catholic journalist for almost 30 years, I don’t take the whole “losing my religion” thing lightly. In fact, just last week I went on a silent retreat specifically because I felt I needed to pray on this and spend time in solitude with God. So, if you don’t know me, try to understand that none of this comes from a place of boredom or single-homily frustration or from an unwillingness on my part to bring something to the table, as was suggested a bunch of times yesterday. This has been years in the making, thanks to one bad experience after another, and it is a cross for me. And what I said yesterday, I said out of love for my faith and my Church and my brothers and sisters sitting in the pews beside me and feeling just as alone and deprived.

Also writing about this—and how could she resist?—is The Anchoress.   She writes:

We are wounded in our liturgy, and Mary De Turris Poust has well-articulated our pain. Some are disagreeing with her; I mostly agree. But I believe I will stop short of the sort of revolution she is calling for — I doubt I will walk out of bad liturgies or withhold our offering, because we have to have a little mercy on our priests, too, who are also wounded. They’ve just endured a horrific decade due to the sexual abuse crisis; often their bishops are inattentive to their needs or assign them to roles for which they are ill-suited, or their seminaries have stumbled in giving them training in practicalities like preaching.

Our priests are short-handed, overstretched, often spiritually undernourished, themselves, and rarely prayed-for. We need to acknowledge that if they fail us, we often fail them, too.

Time constraints prevent my giving Mary DeTurris Poust’s column “Losing my religion” (22 Sep 2013) the attention it deserves, likewise her reiteration of her position in “Words matter” ( 23 Sep 2013), so let me get right to it: Canon 1247 and the First Precept of the Church (CCC 2042) bind Catholics to participate in Mass on Sundays and holy days (irrespective of how crummy the homilies might be) and Canon 222 § 1 and the Fifth Precept of the Church (CCC 2043) bind Catholics to contribute to the material needs of the Church (irrespective of how ‘welcome’ one feels at the parish).

Neither canon law nor catechetical precept admits of dispensation-by-blog, especially not blogs by folks who should know better than to sit down at a key board while blowing a fuse. Catholics who walk out on Mass because the homilies bore them or who withhold support for the Church because they don’t feel welcome in the parish fail in their duty to render due worship to God and in their duty to share their time and treasure with others. In short, Catholics (including those feeling every bit as frustrated as Poust feels) who follow Poust’s bad advice do so at spiritual peril to themselves.

September 23, 2013
A sitcom writer's conversion: "I prayed, and Jesus was the first to show up. What else am I going to do?"
Next Post

September 23, 2013 What's in a name? Some insight into Pope (George Mary) Francis
Browse Our Archives
get the latest from
Catholic
Sign up for our newsletter
POPULAR AT PATHEOS Catholic
1