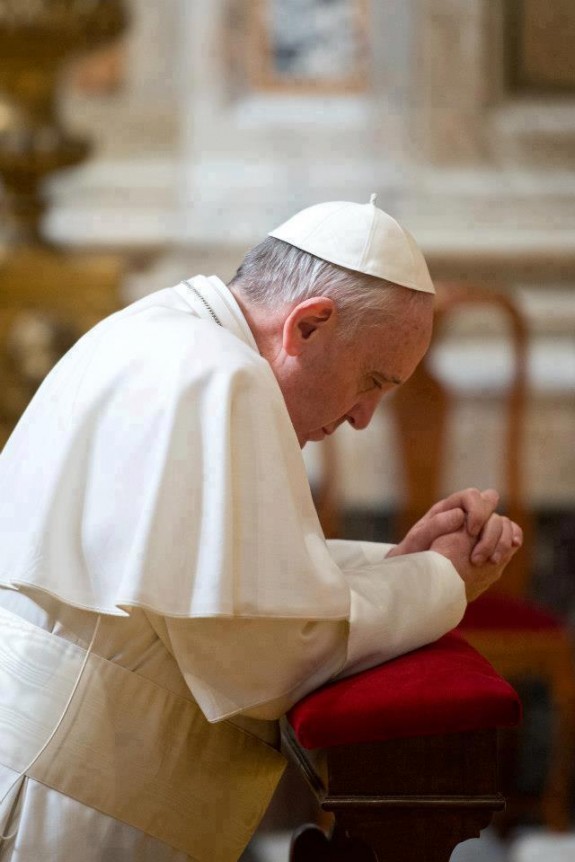 Gerard Nadal captures something I’ve been thinking for a while, but puts it better than I could.

Are we only to submit to papal authority when the mood, or mode suits us? Do we place stylistic predilection over our duty to respect and obedience to legitimate episcopal and papal authority? Is our faith on the orthodox side of the aisle so fragile that we get a case of the vapors at the least departure from our preferred norm? To be certain, this pope is dangerous. His style is that of…

He reaches out to sinners and dines with them.

He gives interviews to atheists.

He eschews the pomp and splendor that is his due for something very, very different.

He accords women unusual influence for his day.

He has reached beyond the broad parameters carved out by John Paul II, and has been warning us that great change is on the way.

In all of this, we must never, ever, EVER lose sight of this most central reality:

Unless the day comes where he breaks with defined teaching, he will have my respect and obedience, and I will keep any transient dyspeptic moments to myself.

Yes, there is great potential for misunderstanding when he speaks off the cuff, but ultimately, little room for harm. Those whose faith is well-informed and rock-solid cannot be rattled.

Those who ridiculed John Paul and Benedict may hear him when the truth is spoken in a different way. At worst, they will simply look for any justification to persist in their unbelief.

Those who are weak will need us to be Francis’ defenders, to explicate his teaching and show its continuity with all that has gone before. It is the Parable of the Sower.

Change is coming with this pope, much needed change. He comes from those people below the equator who have been largely invisible to us in the faithless north. He speaks for them, and from their experience of the Church.

October 2, 2013 "In some ways, Francis is the most 'Jewish' Pope we have ever encountered"
Browse Our Archives
Related posts from The Deacon's Bench