Poll: rise in American Jews who are not religious, marrying outside the faith 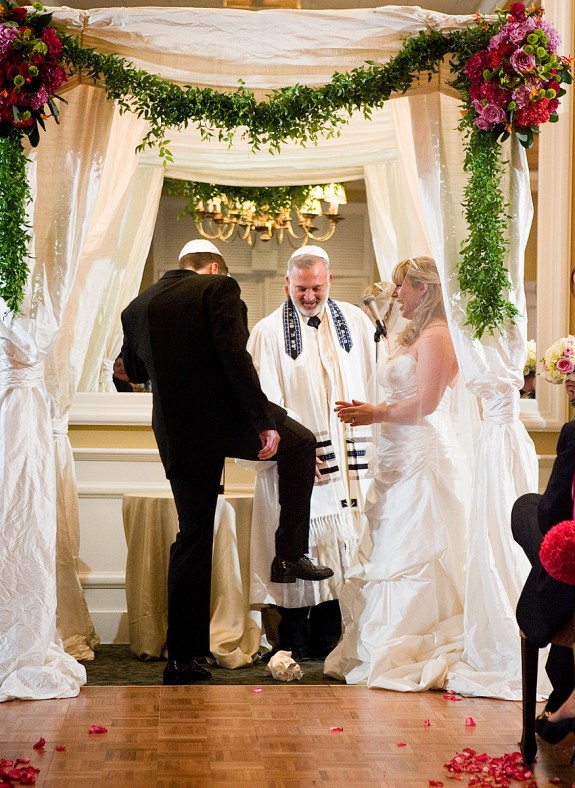 They’re sounding a lot like some American Catholics, actually.

The first major survey of American Jews in more than 10 years finds a significant rise in those who are not religious, marry outside the faith and are not raising their children Jewish — resulting in rapid assimilation that is sweeping through every branch of Judaism except the Orthodox.

The intermarriage rate, a bellwether statistic, has reached a high of 58 percent for all Jews, and 71 percent for non-Orthodox Jews — a huge change from before 1970 when only 17 percent of Jews married outside the faith. Two-thirds of Jews do not belong to a synagogue, one-fourth do not believe in God and one-third had a Christmas tree in their home last year.

“It’s a very grim portrait of the health of the American Jewish population in terms of their Jewish identification,” said Jack Wertheimer, a professor of American Jewish history at theJewish Theological Seminary, in New York.

The survey, by the Pew Research Center’s Religion & Public Life Project, found that despite the declines in religious identity and participation, American Jews say they are proud to be Jewish and have a “strong sense of belonging to the Jewish people.”

While 69 percent say they feel an emotional attachment to Israel, and 40 percent believe that the land that is now Israel was “given to the Jewish people by God,” only 17 percent think that the continued building of settlements in the West Bank is helpful to Israel’s security.

Jews make up 2.2 percent of the American population, a percentage that has held steady for the past two decades. The survey estimates there are 5.3 million Jewish adults as well as 1.3 million children being raised at least partly Jewish.

The survey uses a wide definition of who is a Jew, a much-debated topic. The researchers included the 22 percent of Jews who describe themselves as having “no religion,” but who identify as Jewish because they have a Jewish parent or were raised Jewish, and feel Jewish by culture or ethnicity.

However, the percentage of “Jews of no religion” has grown with each successive generation, peaking with the millennials (those born after 1980), of whom 32 percent say they have no religion.