Some chaplains returning to ministry during shutdown 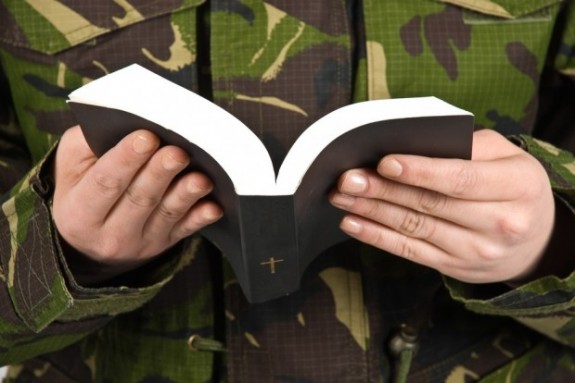 An update from Catholic News Service:

Some civilian Catholic chaplains, unable to perform religious duties at U.S. military bases during the first weekend of the federal government shutdown, were getting back on the job as the shutdown continued into its second week.

“We’re now being told priests can return to work,” John Schlageter, general counsel for the Archdiocese for the Military Services, said Oct. 9.

However, only general services priests, because they work for the military, are returning. Contract priests whose contracts were not appropriated prior to the Oct. 1 shutdown remain unable to perform their ministry.

Schlageter, in an Oct. 7 telephone interview with Catholic News Service, said he did not know whether the return of some priests to work was a result of Defense Secretary Chuck Hagel’s declaration Oct. 6 that far more civilian Defense Department employees would be considered “essential” and return to their jobs — or the reaction to Schlageter’s own Oct. 3 op-ed article about the shutdown adversely affecting the ability of civilian chaplains to minister at military bases with no resident Catholic chaplain.

He said the op-ed piece had gotten coverage or publication by The Washington Post, CNN.com, and the Fox News Channel.

The House passed a concurrent resolution, awaiting action by the Senate, to authorize the return of civilian Catholic chaplains to their military ministry. “I think the House resolution — (with a vote of) 400 to 1 — speaks for itself,” Schlageter said.

The military archdiocese estimated that about 50 civilian chaplains were unable to conduct services on bases the weekend of Oct. 5-6 because of the shutdown. “Almost all GS (general services) priests and most contract priests were unable to work Sunday,” Schlageter said. “We do have situations of door-lock, signs that said, ‘No Catholic services this weekend.'”

October 9, 2013
Archbishop of Canterbury encourages Anglicans to embrace the Sacrament of Reconciliation
Next Post

October 10, 2013 Some advice on the shutdown from the bishops
Browse Our Archives
get the latest from
Catholic
Sign up for our newsletter
POPULAR AT PATHEOS Catholic
1