Meet a pioneer, one of Ireland’s first permanent deacons 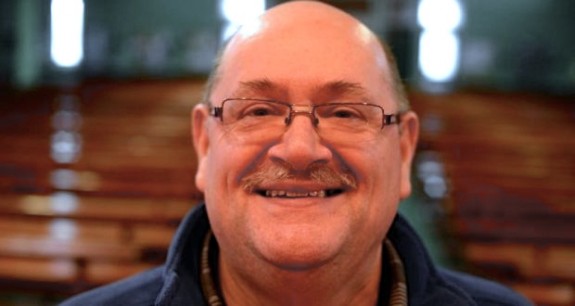 From The Irish Times:

He would have you believe he is just an ordinary Joe, “not a holy Joe”. But he, by the grace of God, the assent of Monica and to the occasional bemusement of his children, is Rev Adams. Rev Deacon Jim Adams, permanent deacon of the Roman Catholic Church in Dublin. One of the first such people to exist in a place once hailed as the Island of Saints and Scholars.

History was made at Dublin’s Pro Cathedral on June 4th, 2012 when he and seven other men were ordained Ireland’s first permanent deacons by Archbishop Diarmuid Martin. Since then, as permanent deacon at Bonnybrook parish on Dublin’s northside, his role has involved all the functions of a priest except he cannot celebrate the Eucharist at Mass, give the last rites or hear confession.

What he can do is “serve”. He assists the priest at Masses, reads the gospel, assists at baptisms, marriages and funerals, presides at benedictions, brings Communion to the sick, trains altar servers and lay readers, and preaches homilies. He does this latter “by invitation” of the priest at Masses in Bonnybrook.

So how has it all been so far? “It’s a bit like marriage. You start out with one idea and it evolves into something else,” he said.

Rev Adams knows all about marriage. He married Monica 35 years ago when he was 20. Their four adult children are aged from 25 to 34. Monica’s support is “invaluable” and means “I don’t have to face the loneliness of priesthood. I have the best of both worlds.” He “never wanted to be a priest. I was never an altar boy”.

He worked at Tool Hire for decades until made redundant in 2008. Currently he works as a tutor and assistant with the Irish Wheelchair Association.

It was when the children began to come along that he started to think about his Catholicism. But one event made him do so seriously. “My father-in-law died 25 years ago. There was a Mass in the house. I refused the host at Communion. It had such an effect on me.”

Read the rest of his journey.

January 11, 2014 "Smarmy"
Browse Our Archives
get the latest from
Catholic
Sign up for our newsletter
POPULAR AT PATHEOS Catholic
1