My Lord: some reaction to the pope’s reported decision on monsignors

My Lord: some reaction to the pope’s reported decision on monsignors January 6, 2014 Deacon Greg Kandra 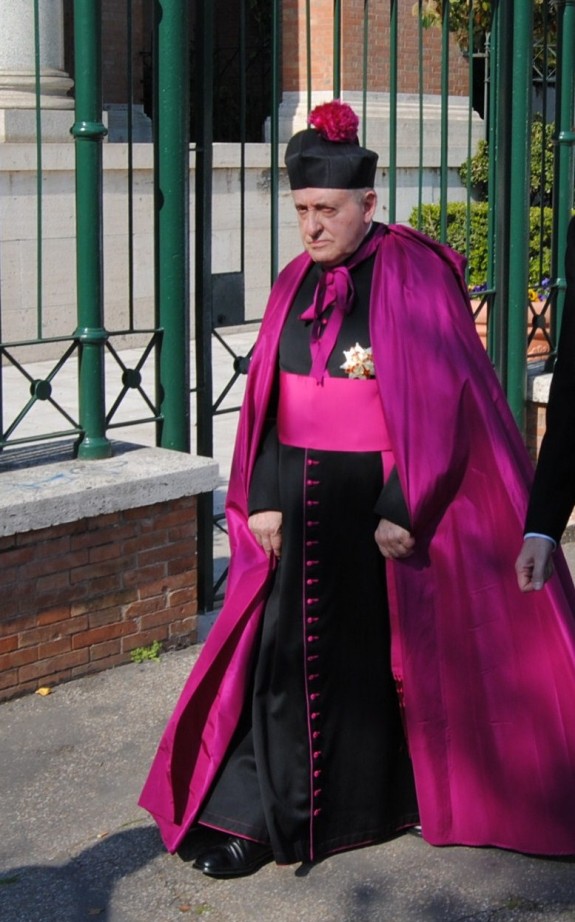 Around the blogosphere, there’s been some interesting reaction to the much-reported move by Pope Francis.

From a monsignor, Charles Pope:

Somehow, we have lost the ability in our culture to confer honors, and bestow rewards without others taking offense. Yes, I fear that we, as a wider culture, have lost the important ability to bestow honor and have sunk into cynicism and some degree of envy when it comes to the practice of recognizing achievement.

It will be admitted, that no culture or institution bestows honors perfectly. Sometimes people are genuinely overlooked who should be honored. Sometimes certain individuals are honored for more political purposes, than due to genuine achievement or honor. But as a general rule, bestowing honors and awards on those who work hard and have excelled, should be seen a good thing.

The bestowal of the title “Monsignor” has traditionally been seen as a way for a Bishop to give special honors to priests who have, for various reasons excelled in some work for the diocese. It is a true fact that not all priests can be honored, some Priest are overlooked, and yes, in certain situations, the title was given for less than stellar reasons. As a general rule however, most priests who are so honored, are honored for good reasons.

The majority of the faithful genuinely like the bestowal of honors on their clergy by the Bishop.

I remember when I received the honor in 2005, how excited my parish was. They knew instinctively, and I clearly stated to them, that this award was not for me per meipsum, (for me alone) but was due to the fact that we,  as a parish, worked very hard to accomplish several major goals that the Cardinal had set forth for us;  including assisting him with a capital campaign and also bringing to our local community the wonderful gift of a $5 million recreation center.

The parish where I was at the time, St. Thomas More Parish in Southeast Washington was one of the smaller parishes in the diocese, and in one of the poorest neighborhood in the city. What an incredible zeal they had to undertake these works of charity in support of God’s people. I may have gotten the title, but I was clear with them, (and they knew) the honor bestowed on the leader goes to  all the people. Three busloads from the parish joyfully went to the Basilica the day the honors were bestowed.

In my experience that most Catholic people love their clergy and are happy to see them honored, realizing that honors bestowed on their clergy also accrue to them.

I can only conclude that the cynics in some com-boxes have issues of their own, for it is not my experience tat they reflect the view of most of the faithful, who are glad to see clergy honored.

From a priest, my blog neighbor Dwight Longenecker:

What a shame for all those faithful Catholics who were proud of their parish priest’s genuine accomplishments and were pleased that he got a little bit of recognition. How sad for those faithful folks who enjoyed referring to their much loved priest as “Monsignor” and were delighted to see him in he regalia. How sad for those men who labored long and hard in the vineyard and were granted just a small measure of recognition and respect from their bishop and their peers for their humble and hard work.

Doing away with outward signs and symbols in the church always seems to me to be a kind of iconoclasm. By getting rid of the outward sign or symbol do you get rid of the inner abuse? I doubt it. Human nature being what it is, there will other, more secret and subtle ways that people are either rewarded genuinely for hard work or rewarded for being toadies and sycophants. There will always be the ‘better’ parish, the cushier diocesan job, the softer option. New titles less traditional and more bureaucratic will develop. No more will the bishop’s favorite be named “Monsignor”. Instead he will be “Bishop’s Special Advisor” or “Senior Priest”.

Is this the nature and level of Pope Francis’ “reforms”–abolishing outward church traditions in hopes that the inner man will somehow change? It’s a bit like expecting a man to embrace vegetarianism by removing steak from the menu.

And from a deacon, Bill Ditewig:

Christ didn’t name “monsignors” (monsignori if you want to sound like Father Z).  This was a creation by church leadership as the “course of honors” (cursus honorum) developed through the post-Constantinian marriage of church and state which lasted until the American Revolution.  Just as secular honorifics and structures were created, they were paralleled in church honorifics and structures.  The word itself simply means “my lord”, and in some countries, it is actually a title used for a bishop.  It has absolutely NO connection to the sacrament of Holy Orders, although it is restricted to men who are in the Order of Presbyters.  As a deacon, of course, I never had any hopes of ever being a Monsignor anyway!  But people should understand that if their pastor went from being called “Father” to “Monsignor”, it didn’t mean that he had any more “sacred power” than a simple priest.  It was purely an honorific, usually given to two broad categories of priests: those who were younger and being signaled as those who might someday become bishops, and on those older men whom the bishop wanted to thank for a ministry well served.  As one priest-friend put it when he became a Monsignor, “I asked the bishop why he had done this.  He told me he wanted to thank me.  I asked him, ‘Why not just take me to dinner?’ I can’t even spell ‘Monsignor’!”  Later, my friend was named a bishop.  After his episcopal ordination, he e-mailed me that “at least I can spell ‘bishop.’”

Being a monsignor was no way to recognize anyone, and in some men it just created more difficulties that it was worth.  What CAN we do, in a positive way, to acknowledge someone’s service?  No one who serves AS CHRIST SERVED needs or wants recognition.  The only human recognition Christ got was to be nailed to a cross, after all.  Still, as human beings, it’s nice to know when something we’ve done has been effective.  What can we do, what can YOU do, to show appreciation to ALL who serve in the name of Christ and in the name of the Church?

January 6, 2014
NCR suspends comments: "Comments that have appeared in recent days have been vile and demeaning..."
Next Post

January 6, 2014 Atheist "church" reports split
Browse Our Archives
get the latest from
Catholic
Sign up for our newsletter
POPULAR AT PATHEOS Catholic
1

We Must Cooperate With Grace To Experience The...
Grace perfects and then deifies nature, but only for those who cooperate...
view all Catholic blogs
Copyright 2008-2021, Patheos. All rights reserved.