It happened in Missouri, but this sounds strikingly similar to the story that made news in Maryland a couple years back.

A couple who lives outside of Chillicothe say their priest denied them communion when he discovered they were in a same-sex relationship. Carol Parker and her partner of nearly 20 years, Josephine Martin, say they were good standing members of Saint Columban Catholic Church in Chillicothe for 12 years. 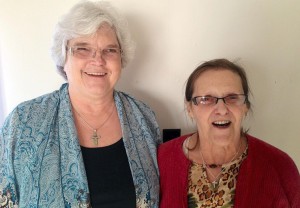 They say that all changed when Parker had her mother’s funeral at the church following her death on December 26th. The obituary noted Parker’s mother was survived by a son, a daughter and her daughter’s partner.

“If that one word had not been in there, he would be fine,” said Martin.

Parker said she had been a member since 2001 and served as a lector, a cantor and also sang in the choir.

“He had called me the day of the rosary and said he wouldn’t be able to give us communion because of our same-sex relationship,” said Parker.

The couple says they will never step foot in the church again. Parker said it took away a final opportunity.

“It was very important to me, my last opportunity to worship here at the church with her,” Parker said.

Martin said she and Parker don’t understand why the priest compounded the pain of a funeral with his decision.

“To be singing in the choir and be lectors, and everything, it’s all God. He just took it away in a second,” Martin said. “I just really don’t understand where his heart is.”

FOX 4 did attempt to speak with Father Benjamin Kneib but we were told by his secretary that he did not wish to comment.

The St. Joseph News-Press, meantime, has this:

[Ms. Parker] provided PROMO, a Kansas City-based advocacy organization for the LGBT community, with a Jan. 1 follow-up letter Father Kneib sent her in which he further explained his decision.

According to a press release from the organization, the letter stated that “having a same-sex attraction is not sinful in and of itself … it is only when a person moves from attraction to willfully acting upon it that the situation becomes a sinful matter.”

Father Kneib also apologized to Ms. Parker that the events that had transpired took place at the time of her mother’s funeral. When contacted by the News-Press, Father Kneib had no comment.

Ms. Parker said she hopes that the priest might “open his eyes and fully receive the LGBT community into the church.”

“We’re all God’s children, and we have every right to receive Communion,” she says. “Even the pope has said, ‘Who am I to judge?’”

January 31, 2014
More terrible news about the Church: record turnout for California Theology on Tap
Next Post 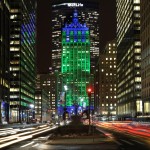 February 1, 2014 Homily for February 2, 2014: Feast of the Presentation of the Lord
Browse Our Archives
Related posts from The Deacon's Bench