More terrible news about the Church: record turnout for California Theology on Tap

Last night, I saw first-hand the “Francis Effect” in action, right here at a bar on Fisherman’s Wharf on Monterey Bay. 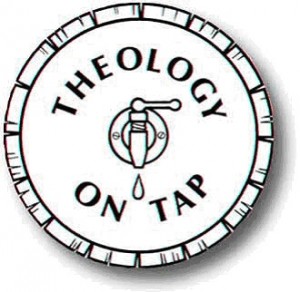 “Theology on Tap” is a program that’s been around quite a while now across the country, and it’s proved a durable and popular way to talk about the faith and to answer questions and concerns people have.  That has certainly been the case in the Diocese of Monterey, where for more than four years, Deacon Warren Hoy has been coordinating monthly meetings on topics ranging from a variety of social justice issues, to discussions on exorcisms, just war theory, and so on.  There is a solid core of attendees, and always fresh faces drawn by a particular topic.  In a conversation with Warren a month or so ago, he shared some frustration at finding a topic and speaker for the January gathering, and in desperation, he asked me to be the speaker.  “Talk about whatever you want to,” he said.  I suggested having a conversation about Pope Francis.  That was it.  No further details, no dramatic and sexy topic: just, “let’s talk about Pope Francis.”  That’s how the announcements went out.

Last night, there on the dock of the bay, a record number of folks turned out.  Estimates ranged between 60-80 people, which for this area, is HUGE.  I have addressed this gathering before, and while there is always good interest, last night there was a palpable difference.  There was great energy and enthusiasm about the pope and what he’s trying to do.  We talked about the nature of reform in the Church, whether that applies to the Roman Curia itself, or just a reform in pastoral approaches.  Some folks came up later to tell me that they weren’t Catholic, but that they too found great hope in the Pope’s approach and were interested in finding out more about how they might get involved and perhaps even become Catholic!

Read more, if your heart can bear it.

UPDATE: A few people on social media have told me they’re very confused by my headline. If this is so terrible, why does the piece by Ditewig only mention good things?

Perhaps you need a little more irony in your diet. 😉

February 1, 2014 Gay couple says they were denied communion over relationship revealed in an obituary
Browse Our Archives
Related posts from The Deacon's Bench