Details from The Montana Standard:

Shaela Evenson “made a willful decision to violate the terms of her contract,” which requires her to follow Catholic teachings in both her personal and professional life, Superintendent Patrick Haggarty said Tuesday. “It’s a sensitive issue, and it’s unfortunate all around.”

This morning, Haggarty defended the decision in a new interview with The Montana Standard. 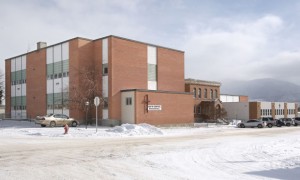 Critics say the move is in conflict with the message of Pope Francis. Last month, the pontiff baptized the child of unwed parents inside the Sistine Chapel. And in September, Francis called an unmarried Italian woman who’d chosen not to have an abortion and offered to baptize the baby himself.

Haggarty responded to the criticism:

“The Holy Father certainly understands the sacrament of marriage and certainly is compassionate and understanding, and so is the diocese in Helena,” the superintendent said. “… I think that the connection between what the Holy Father has done, which is an incredible act of kindness, is not the same as what we face with a contractual obligation with our teachers. I’m sure that the woman that he blessed is a wonderful person, as is Shaela, but the woman just didn’t agree to teach in a Catholic school.”

Evenson taught sixth-, seventh- and eighth-grade literature and physical education at the school for the past nine years. She was dismissed Jan. 10 after the diocese received an anonymous letter about her pregnancy.

“The Catholic moral teaching is that the sacrament of marriage is a holy union between a man and a woman,” Haggarty told the Standard on Tuesday. “And we certainly believe and we teach our children who attend our schools about the sacrament of marriage. That’s as old as our church. Not only do we teach that to the children kindergarten through 12th grade, but we’re held to that standard as well.”

Butte Central elementary and middle school Principal Kerrie Hellyer referred questions to the diocese but said, “She was an excellent teacher.”

UPDATE: There’s more in the press about the teacher’s lawyer:

The lawyer for an unwed Butte Central Catholic Schools teacher who was fired because she got pregnant won a similar case against an archdiocese in Ohio last year.

Cincinnati-based lawyer Brian Butler represented a woman who had become pregnant while unwed while working at a Catholic school. The Ohio woman, Christa Dias, was awarded $170,000 after the jury found the Roman Catholic Archdiocese of Cincinnati had discriminated against her by firing her once she became pregnant by artificial insemination while unmarried.

In that case, the jury was instructed that even if an employee signed an employment contract containing a morality clause, that does not exempt that person’s employment from the protections of federal and state anti-discrimination laws. The jury was told that an employee cannot waive his rights to be free from unlawful discrimination. In the Ohio case, it was made clear that an employer, whether a religious institution, cannot require an employee to sign a contract giving up certain civil rights, which includes the right of a woman to bear children.

Butler said that Shaela Evenson, the fired Butte Central teacher, will file a discrimination charge with the federal Equal Employment Opportunity Commission, which will investigate the firing. He said Evenson is protected from discrimination on the basis of pregnancy by Title VII of the Civil Rights Act of 1964.

February 5, 2014
How do you fire a pregnant unwed teacher from a Catholic school? Here's a suggestion.
Next Post