Bishop issues pastoral letter on contraception: “We live in a world short on love”

Details from The Journal Star newspaper:

He warned Catholic couples using contraception and the Catholic physicians prescribing it they were “committing grave sin.” 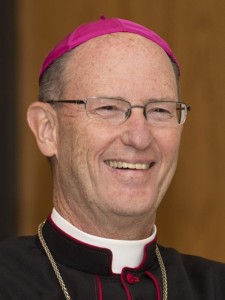 On Tuesday, Bishop James Conley issued his own letter to parishioners reaffirming the Catholic church’s stance prohibiting the use of all contraceptives, but explaining the stance in much gentler tones.

Every priest in the diocese has been asked to discuss the letter and talk about contraception during Mass this weekend, Conley said…

…“We really live in a wounded world when it comes to the family,” Conley said in a telephone interview.

He said he chose to issue the letter during Lent because of its theme of love and sacrifice being the language of love.

“We live in a world short on love,” Conley writes in the letter. “Today, love is too often understood as romantic sentimentality, rather than unbreakable commitment. But sentimentality is unsatisfying. …

“Love — real love — is about sacrifice and redemption, and hope.”

Whereas Flavin’s letter took a strong, authoritative tone and called contraception “gravely immoral … intrinsically evil … contrary to the law of nature and nature’s God,” Conley’s explains the church’s stand based on understanding God.

God created marriage to be unifying and procreative, Conley writes.

“Our church has always taught that rejecting the gift of children erodes the love between husband and wife.

“… The use of contraception gravely and seriously disrupts the sacrificial, holy and loving meaning of marriage itself.”

People who use contraception “diminish their power to unite,” Conley writes, “and they give up the opportunity to cooperate with God in the creation of life.”

Read more, including the text of the letter, at the link.

FOOTNOTE: A few readers on Facebook have observed that deacons can be a great witness to the Church’s teaching on contraception. Which is true. But not in Lincoln. At last report, the diocese did not have permanent deacons, and there were no plans to start a program there.

March 25, 2014 On that singing nun and the "acid bath of ingratitude"
Browse Our Archives
get the latest from
Catholic
Sign up for our newsletter
POPULAR AT PATHEOS Catholic
1