The Butte Central teacher fired for being pregnant has given birth to a boy. 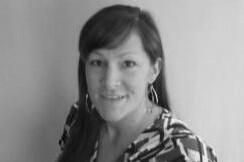 This is the first child for Evenson and her partner, Marilyn Tobin, both of Butte.

Evenson taught sixth-, seventh- and eighth-grade literature and physical education at the Catholic school for the past nine years. She was dismissed Jan. 10 after the Helena Diocese received an anonymous letter about her pregnancy.

Both Superintendent Pat Haggarty and Evenson’s Ohio-based lawyer, Brian Butler, say Evenson was not fired for being a lesbian.

“They told her she was fired for being pregnant and unmarried,” Butler said. “Nobody was hiding anything. (Shaela) never denied the fact that she’s in a relationship with Marilyn.”

Evenson has filed a discrimination charge with the federal Equal Employment Opportunity Commission, which will investigate the firing, Butler told The Montana Standard on Tuesday. He said Evenson is protected from discrimination on the basis of pregnancy by title VII of the Civil Rights Act of 1964.

Evenson and Tobin, a former Montana Tech volleyball coach, did not return calls for this story. Evenson has previously referred questions to Butler.

March 26, 2014 Pope encourages Muslim-Christian group meeting "Together Around Mary, Our Lady"
Browse Our Archives
Related posts from The Deacon's Bench