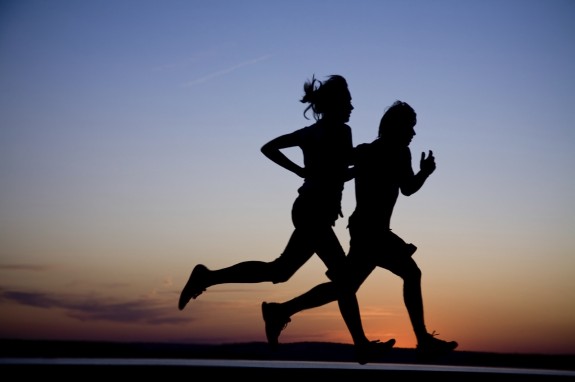 Just yesterday, I got an email from a friend who is a priest in South Carolina. He had some wonderful news to share. Effective today, Easter, the Catholic Church has one more parish in the United States of America.  The country’s newest parish is St. Claire of Assisi in Daniel Island, South Carolina, in the Diocese of Charleston. This day, the local high school gymnasium will be transformed into a church, and the parish will celebrate its very first Mass a little over an hour from now.  My friend, Fr. Gregory West, is their new pastor.

I can’t think of a better way to celebrate the greatest feast of our liturgical year – and it made me realize something.

Despite what we may think…Easter isn’t just a noun. Easter is almost something you should think of as a verb.  Just like our faith.

It is active. It moves. It’s something alive, and wondrous, and constantly in motion. What is happening in Charleston is proof of it.

And if you want more proof, look no further than the gospel for this morning: Mary of Magdala in this story runs to tell the apostles what has happened, and two apostles run to the tomb to see for themselves.  Running, in fact, is mentioned no less than three times in this short passage.

This is something more than just a good cardio workout. Even in the earliest moments of our faith—literally, the dawn of Christianity—ours was a faith on the move.

We saw it last night, too, at the Easter Vigil. A thousand candles lit this church—and the flames were not static. The light glimmered and flickered.  It moved.

There were processions, to the baptismal font and to the altar, reminding us that we are a pilgrim people. In the baptism ritual that brought new Catholics into the faith, one of the rubrics makes clear that the water must be poured. It can’t be still. The water has to be moving.

And then, of course, there was the quiet stirring of the human heart, as we heard again the story of our salvation, told again and again through readings that took us from creation to resurrection. You could not help but be moved at how God moves us— to be humbled and in awe at how far we have traveled as children of God, and how He has moved through creation.

Easter is about movement.

Easter is about going. It’s about rising. It’s running, pouring, anointing, sprinkling, affirming, and rejoicing. It is about opening our throats in full-throated cry that has been too silent for too long: Alleluia!

Easter is sharing – it is the lit candle, this Paschal candle, spreading light from person to person until the entire church is ablaze with a fire that can only be called faith.

Easter is hearing – it is hearing once more the astonishing news that awakened the hearts of the women at the tomb: “He is risen.”

Easter assures us that Christianity is a faith on its feet, running to spread the Word.

Because ours is a faith that cannot stand still.

It’s Mary, racing to tell the others.

It’s Peter, a man who once denied Jesus, running toward a destiny that will transform his life—and the lives of countless others through history.

It’s the apostles fanning out around the world, by ship or on foot, to face prison or torture or death.

It’s sisters arriving on ships from places like Italy and Germany and Ireland to teach an impossible and uncivilized country called America.

It’s priests living in huts and saying Mass in tents and baptizing with muddy water from shallow rivers in Africa, going where no one has ever gone before.

It’s Pope Francis, on his knees last Thursday, washing the feet of elderly and disabled men and women—not in the palatial beauty of St. Peter’s, but in a humble church in the outskirts of Rome, and doing it for one simple reason: because we are not meant to keep what we have to ourselves.

It is hundreds of faithful men, women and children gathering in a gymnasium to celebrate Mass and the start of a new parish in South Carolina. Keep them in your prayers and rejoice with them. This has been a long time coming, and they have been hungering for a parish to call their own. Now they will have one.

By God’s grace, our church continues to grow.

Because ours is faith that cannot stand still.

Christ lives.  And we live in Him. It is just that simple, and just that miraculous.

This day, we carry that with us into the world, continuing what Mary of Magdala began all those centuries ago. We have to tell others. It’s not the sort of news that you spread by walking. You have to run.

And today, Easter, the celebration of Christ’s resurrection, is the greatest reason of all to keep the momentum going.

April 19, 2014
Rejoice: America's newest parish will be launched tomorrow—UPDATED WITH VIDEO
Next Post

April 20, 2014 An Easter message from a dying priest: "My faith in the Resurrection is the reason for my hope"
Browse Our Archives
Follow Us!

Ask God to Teach You to Love
Knowing something and believing it are different degrees of faith.  I believe...
view all Catholic blogs
Copyright 2008-2020, Patheos. All rights reserved.