Teachers in Oakland must agree to “model behavior in conformity with the teaching of the Roman Catholic faith” April 9, 2014 Deacon Greg Kandra 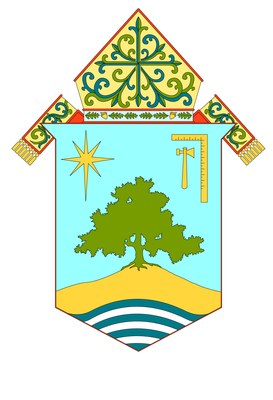 Teachers and staff working at dozens of Catholic schools in the Diocese of Oakland will have to sign off on a new morality clause in their contracts to keep their jobs. It’s small paragraph that dictates behavior in both their professional and personal lives.

“In both the TEACHER’S personal and professional life, the TEACHER is expected to model and promote behavior in conformity with the teaching of the Roman Catholic faith in matters of faith and morals, and to do nothing that tends to bring discredit to the SCHOOL or to the Diocese of Oakland.”

That might be a problem for some teachers and staff, given that they’re not Catholic or they’ve married their same-sex spouse or because they covet their neighbor’s house.

Such language wouldn’t have been much of a problem decades ago, when most parochial or independent Catholic schools were run by nuns and priests. But these days, there are atheist, gay, lesbian and transgender teachers, and others who hold beliefs or act in ways contrary to Catholic doctrine.

Diocese officials, however, say the new language resulted from a meeting of California bishops in which they “realized the importance of spelling out the mission of the Catholic educator,” according to a March 15 letter to school staff from Rev. Michael Barber, Oakland bishop.

School employees were encouraged to read the new contract carefully.

But the diocese said the new language wasn’t that different from that in the old contract, which “any conduct that tends to bring discredit to the School or Diocese” as a violation of regulations.

April 9, 2014
Charlotte fallout: "Sins have been committed"
Next Post

April 9, 2014 Remember the "Ground Zero Mosque"?
Browse Our Archives
get the latest from
Catholic
Sign up for our newsletter
POPULAR AT PATHEOS Catholic
1