The Hood River County Sheriff’s Office has identified the climber who fell about 1,000 feet on Mount Hood Tuesday morning as a Catholic priest from New Jersey. 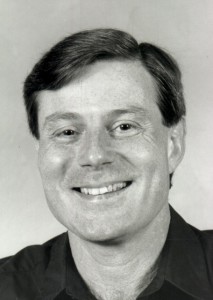 From the air rescuers said they saw no signs of life from Cormier and he is believed to be dead.

Searchers in a fixed-wing plane spotted Cormier at around the 10,500-foot level, according to Hughes. A helicopter photographed the man but he appeared to be dead. The man was caught on a rock ledge.

Father Cormier ascended the south side of Mount Hood on Tuesday with three others, one of whom suffered a leg cramp, Hughes said.

He continued heading up alone and appeared to reach the summit before falling at about 8 a.m. near Eliot Glacier at the volcanic peak 50 miles east of Portland.

Father Cormier and the other three climbers were visiting from the East Coast.

He was looking over the east side of the mountain when he fell down the northeast slope, according to the sheriff’s office.

He was ordained in as a Catholic priest in 1982, and was named “administrator” of Saint Patricks and Ascension in Jersey City,

“He has been very active in Hispanic ministry, and outreach to community, a truly dedicated man,” Goodness said.

Father Cormier was also an author of a book and other readings on faith and religion.  He was also the spiritual director of the Internet-based radio station “Radio InMaculada.” And, he was fluent in five languages.

Father Cormier was also an adventurer. He also wrote about his trip to Mount Hood on his Facebook page over the weekend. It was his last post.

“With today’s message I am pleased to announce to you that on Monday I am leaving on what will likely be my last attempt to climb a big mountain,” he wrote. “In this case it is Mount Hood in Oregon. We have been at this kind of thing for 40 years and are very much hoping to finish with a victory. I will report to you next Saturday.”

May 14, 2014
A great night in Brooklyn: dedicating the Co-Cathedral of St. Joseph
Next Post

May 14, 2014 A resort rises at site where Jesus may have taught
Browse Our Archives
get the latest from
Catholic
Sign up for our newsletter
POPULAR AT PATHEOS Catholic
1

It’s Not Anti-Catholic
When someone criticizes the Knights of Columbus, an apologist will speak out...
view all Catholic blogs
Copyright 2008-2020, Patheos. All rights reserved.