Report: Paul VI to be beatified in October

Report: Paul VI to be beatified in October May 6, 2014 Deacon Greg Kandra 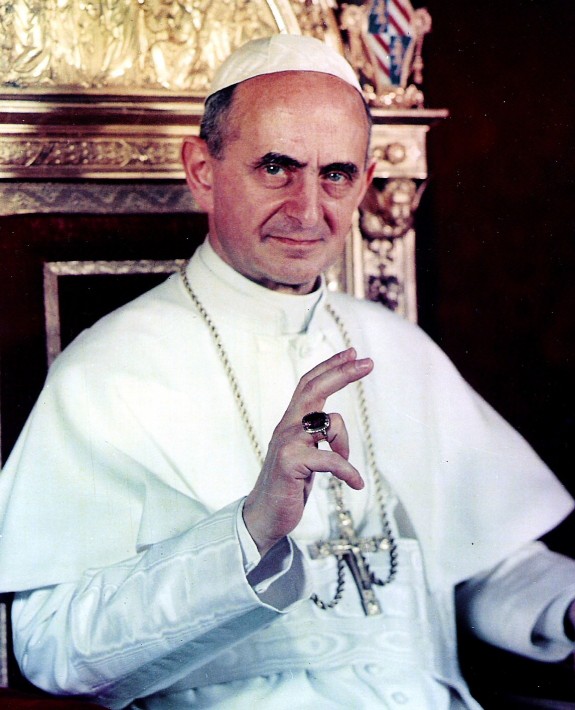 The Vatican has recognized a supposed miracle attributed to Paul VI’s intercession and will beatify the late Italian pope in October, a Vatican source said on Tuesday.

According to the Italian news agency ANSA, the apparent miracle identified by the Vatican’s Congregation for the Causes of Saints was the healing of an unborn baby from an otherwise incurable illness.

ANSA said the beatification could occur on 19 October after the synod of bishops’ meeting.

The miracle being considered involves the birth of a baby in California in the 1990s, although to protect the family’s privacy, the child’s name and city have not been released. Credere said the mother’s pregnancy was at risk, and with it the life and health of the baby. Doctors advised her to terminate the pregnancy, but instead she sought prayers from an Italian nun who was a family friend. Praying, the nun placed on the woman’s belly a holy card with Pope Paul’s photograph and a piece of his vestment.

The baby was born healthy. For Pope Paul’s sainthood cause, physicians continued monitoring the child’s health up to the age of 12 and everything was normal, Credere reported.

Born Giovanni Battista Montini in 1897 in the northern Italian province of Brescia, Pope Paul is probably best remembered for seeing the Second Vatican Council through to its end and helping implement its far-reaching reforms. He was elected in 1963 and died Aug. 6, 1978.

May 6, 2014
University students banned from thanking God during graduation speeches
Next Post

May 6, 2014 "They took confessionals and he put them in his bar as urinal stalls"
Browse Our Archives
get the latest from
Catholic
Sign up for our newsletter
POPULAR AT PATHEOS Catholic
1