The perils of celebrity priests

The perils of celebrity priests May 29, 2014 Deacon Greg Kandra 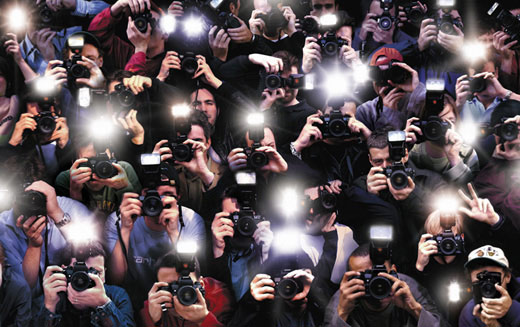 Over at Catholic Answers, Michelle Arnold has a thought-provoking piece about the perils of celebrity priests.  And she offers a valuable check list with some warning signs:

I cannot presume to offer advice to priests on how to avoid the trap of celebrity. I can only leave that to the discernment of the priest and his bishop. But I can offer my fellow laity some questions to ponder when discerning whether or not they should retreat from the mosh pits surrounding the superstar priests with whom they are familiar.

How open is he to criticism? Does your favorite celebrity priest respond well to concerns raised about what he is teaching the masses? Does he listen when fraternal correction is offered, or does he (as a friend discovered with one celebrity priest) send a form letter saying he is “too busy” to take the time to meet with qualified laity who want to talk with him about controversial claims he has made?

Does he have “regular duties”? If a priest is not regularly offering Mass and the other sacraments, praying his breviary, and caring for souls in the ordinary manner of his calling as either a diocesan or religious priest, then something is bound to be wrong. Any priest who does not celebrate the sacraments and act as a father to souls—all souls, not just a chosen few favorites whom he likes or who confirm him in his stardom—is, as my father liked to say about those heedlessly racing down dangerous paths, “riding for a fall.”

Is he under the oversight of a bishop or religious superior? Priests can never be lone rangers. They must always be accountable either to a bishop (if they are diocesan priests) or a religious superior (if they are members of a religious community). A priest who does not live in his diocese or with his religious community might be heading into difficult terrain. This is not always the case, of course, since priests are sometimes “lent out” to distant dioceses or mission territories, or permitted for legitimate reasons to incardinate in a different diocese than the one for which ordained. Some religious priests are allowed to leave their religious community, incardinate as a diocesan priest, and remain a priest in good standing. But a priest should always be accountable to someone and that someone he is accountable to should be readily apparent to the laity.

Does he make a fuss about being reassigned? A priest promises obedience to either the bishop of his diocese or the religious superior of his community. A priest who squawks when told that the bishop wants him to take up new duties is a priest of whom you should be wary. This is particularly the case when he either allows or encourages the public to apply pressure to a bishop or religious superior to rescind the reassignment. No one priest is irreplaceable, no matter how worthy the cause to which he has devoted himself, and any priest who fights a reassignment has demonstrated that he is not a servant but a guru. He may well be at risk of falling prey to the cult of personality.

She then has a great anecdote about one of the first celebrity priests in America, Fulton Sheen.  Read it all.  There’s a lot to ponder.

May 28, 2014
"Do not stay too long on the mountain": Homily for Ascension Thursday
Next Post

May 29, 2014 Catholic Worker hosts "woman priest." What would Dorothy Day think?
Browse Our Archives
get the latest from
Catholic
Sign up for our newsletter
POPULAR AT PATHEOS Catholic
1